With over 39% of its population having been born in over 90 different foreign countries, Bellevue is culturally diverse. About half of its population are people of color and about 43% speak a language other than English at home.

Hispanics or Latinos are Bellevue’s second largest non-white population group, comprising about 7% of the population. People of two or more races comprise another 4%, followed by Blacks or African Americans, who comprise about 3% of Bellevue’s population.

Bellevue's Race and Ethnicity Distribution in 2017 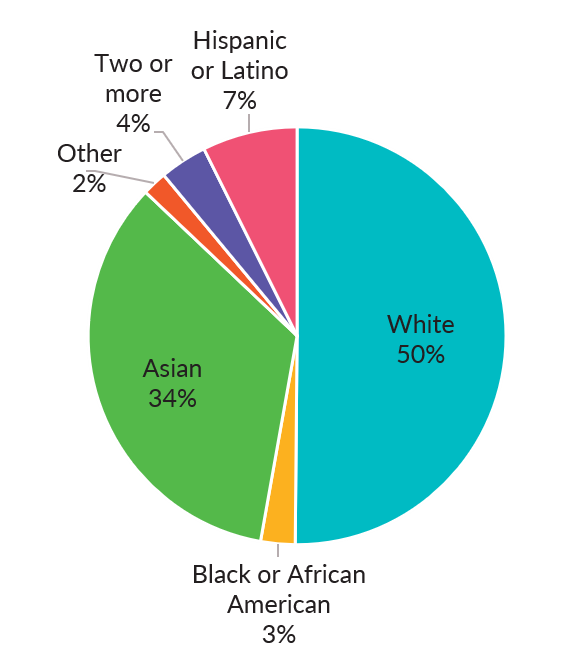 Percent Asian in Cities with 100K Population or More, 2017 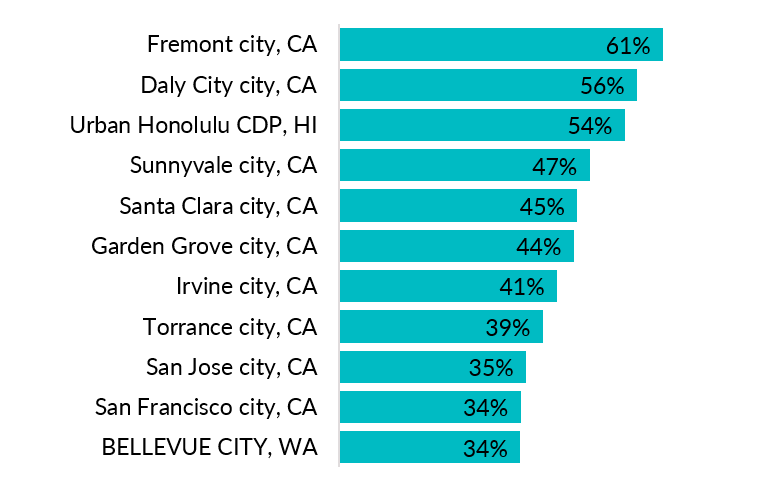 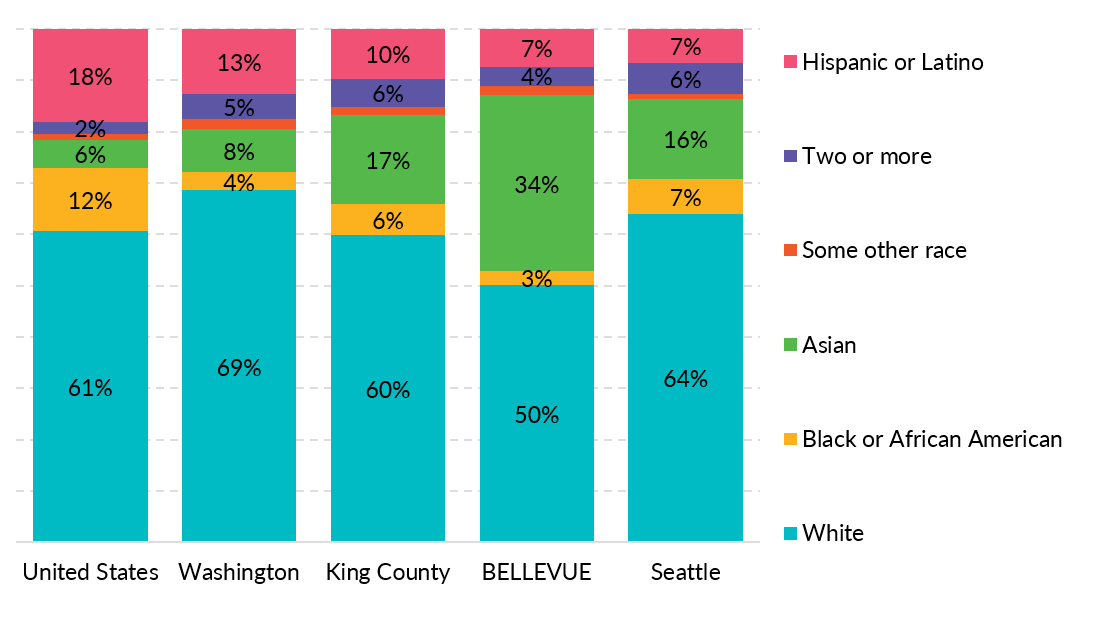 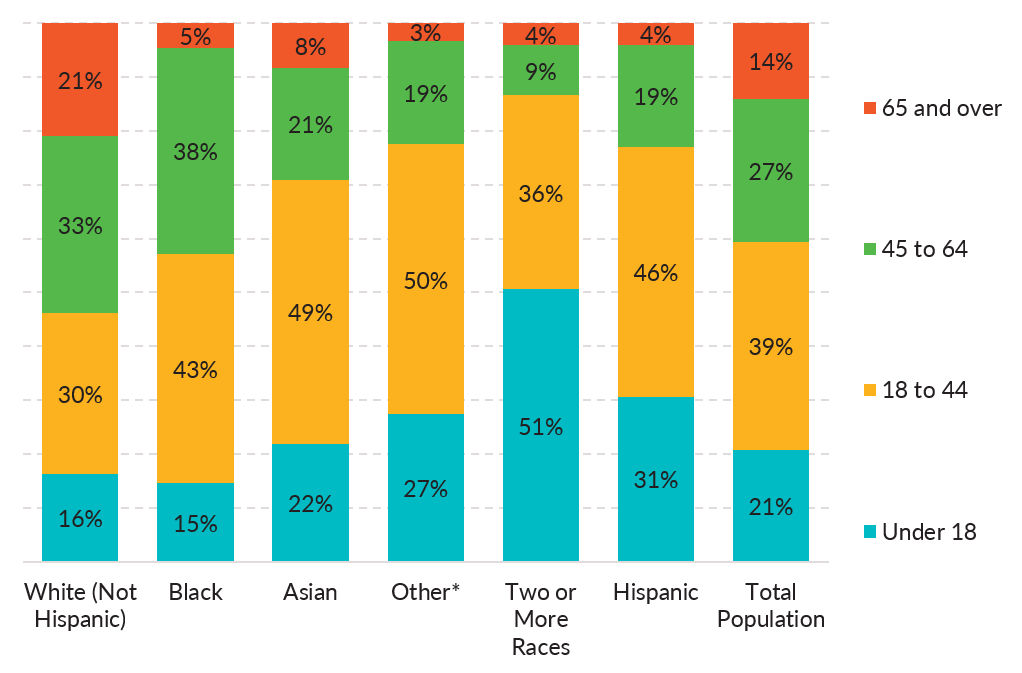 For the first time in 2015, a plurality of races/ethnicities existed in Bellevue as non-Hispanic whites no longer represented the majority of residents. The percentage of the population who are of a non-white race or ethnicity in Bellevue has tripled over the past two and a half decades climbing from 15% in 1990 to about 50% in 2017. This trend mirrors national trends where the proportion of non-white population has increased from 24% to 39% during the same period. It also brings Bellevue more in line with the western region of the United States, which has had higher proportions of non-white populations over the decades.

Percent Non-White Trends in the United States, the Western Region of the U.S. and Bellevue 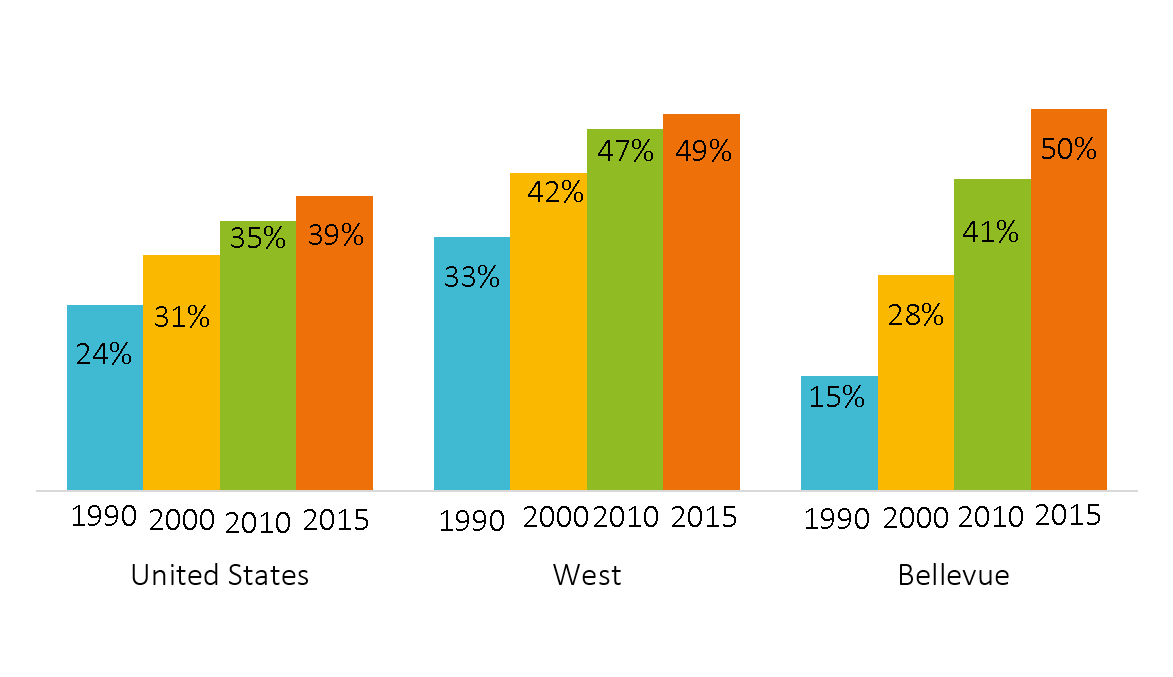 The following two maps show increases in the percentages of minorities living within King County census tracts between 2000 and 2010, illustrating how dispersed this trend has been in the county, especially in the south and east. 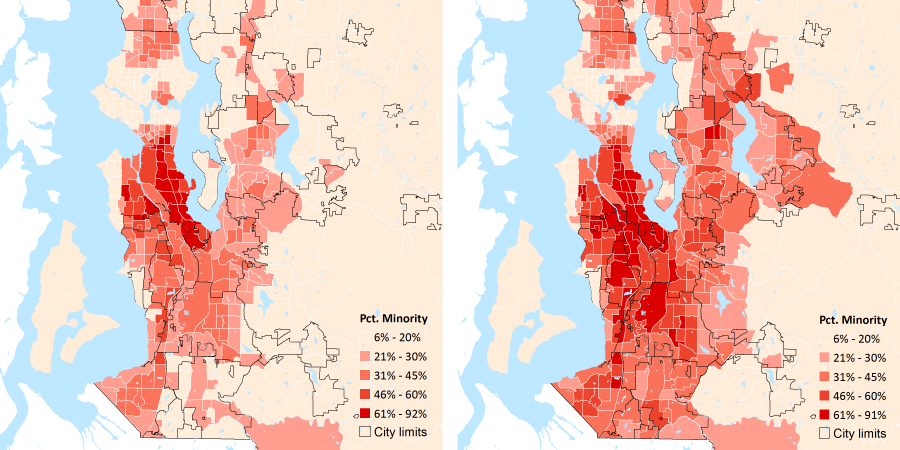 Bellevue’s Asian population has been the fastest growing minority group since 1990, growing from just under 10% of the population to over 34% in 2015.

Within Bellevue’s Asian population, Chinese and Asian Indian residents have increased in number the most, with the number of Chinese residents growing from just over 2,600 in 1990 to over 18,200 in 2015. Asian Indians have witnessed similar rates of growth, especially since 2000. The number of Korean residents in Bellevue has also increased, but the rate of increase has not been as fast. Bellevue’s Japanese residents are the only Asian population that has not witnessed much growth over time. Their population has remained relatively steady since 1990 staying between 2,000 and 3,000. 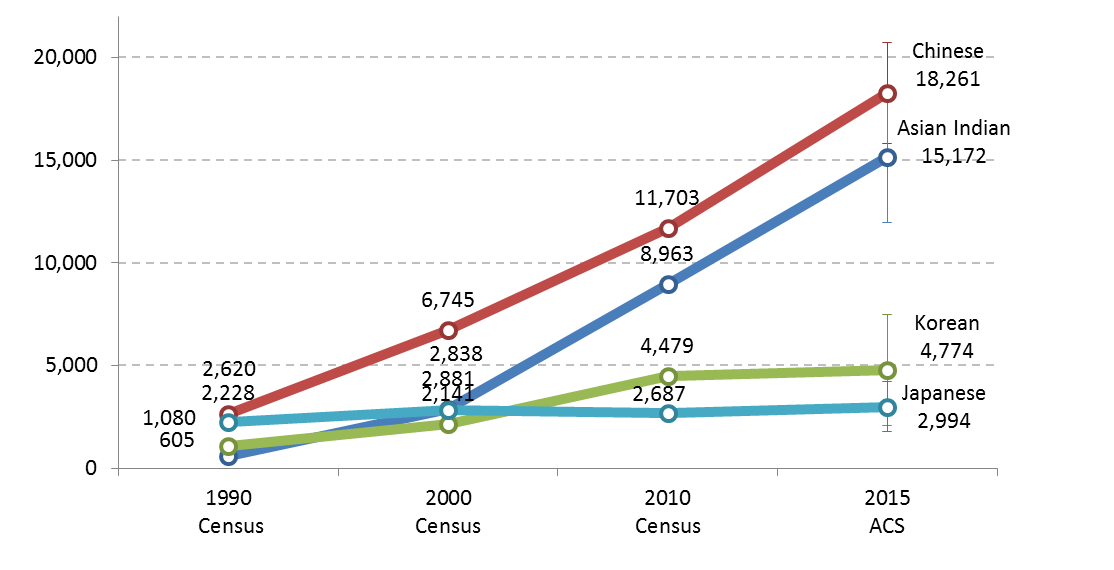 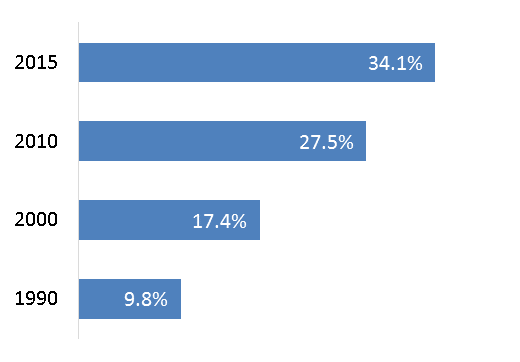 Trends in the Percentage of Black or African Americans, Hispanics and People of Two or More Races in Bellevue: 1990 to 2015 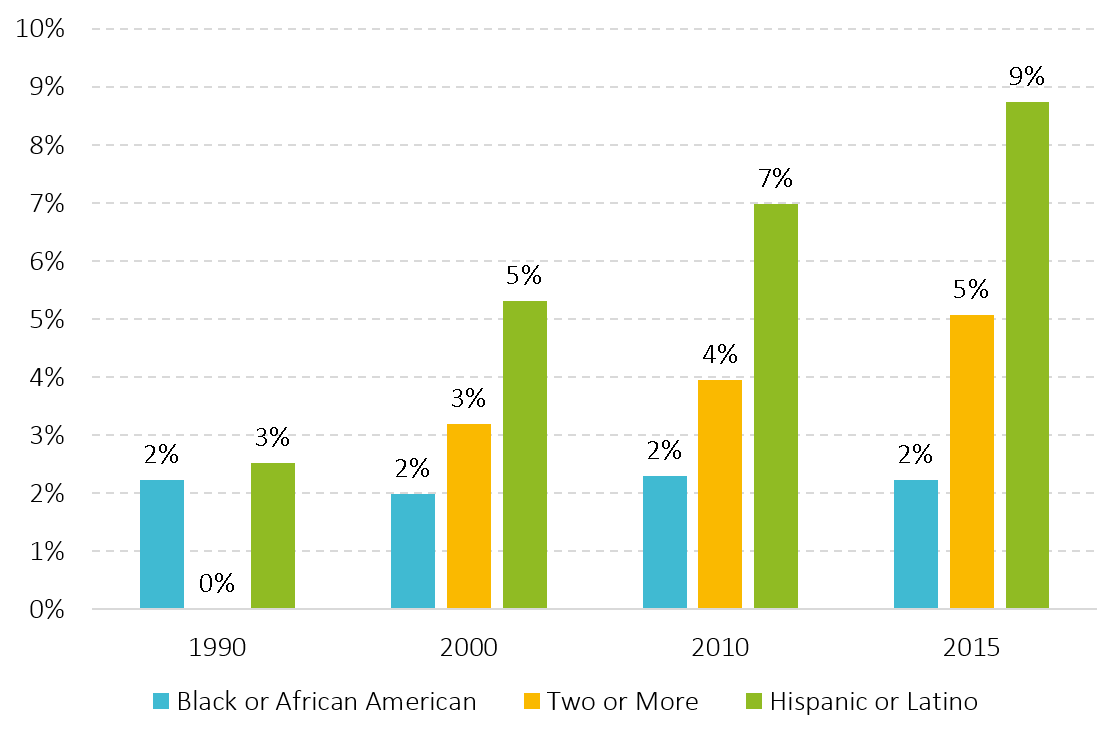 Data on demographics come from the United States Census Bureau's decennial censuses and American Community Survey. While the decennial census happens only once every ten years, the American Community Survey (ACS) is an ongoing survey that provides vital information on a yearly basis about the American people and workforce. It helps local officials, community leaders and businesses understand the changes taking place in their communities. See Bellevue's ACS Demographic and Housing data profile here.