The Service Element prepares for uncertainty by advancing a series of proposals to address the city’s future transit needs and priorities. 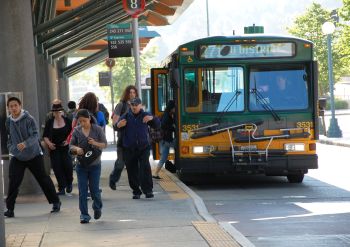 Bellevue will undergo significant changes in the coming years, including considerable growth, the emergence of a new activity center (the Bel-Red area), the start of East Link light rail operations, and other major regional transportation investments. By considering different time horizons and funding scenarios, the Transit Master Plan will be adaptable to changing circumstances over the next 20 years.

For additional information about the service visions proposed for each of the nine scenarios, refer to the Service Element section of the Bellevue Transit Master Plan. For information about the underlying assumptions made to arrive at each proposal, or for the estimated operating statistics associated with each proposed route, refer to the Transit Service Vision Report.