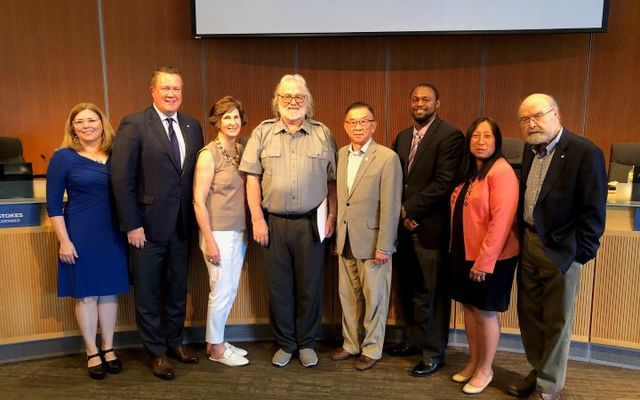 NOTE:  The next council meeting will be on Sept. 6 due to the council’s August recess.

On Monday, the City Council held its second public hearing as part of the process to adopt the 2023-2024 Budget and the 2023-2029 Capital Investment Program (CIP) Plan.

More than a dozen community members spoke at the hearing or submitted written comments to share where they would like the council to focus funding in the upcoming budget cycle. Comments ranged from environmental stewardship and transportation safety to arts and culture funding and mental health response. At the first public hearing, community members requested the council continue investing in cross-cultural programming as well as environmental stewardship.

There will be another public hearing opportunity in October or early November for community members to comment on budget priorities before the council discusses the feedback and adopts the budget, scheduled to happen later this fall. More information on the budget process and opportunities to engage are available on the city’s budget public involvement page. A replay of this week’s full public hearing is also available on Bellevue Television.

In other business, councilmembers received a briefing on the latest progress the Bellevue Police Department is making toward the council pledge made in 2020 to review the department’s Use of Force policy.

As part of the city’s pledge, a third-party review agency, the Office of Independent Review, offered 47 recommendations to Bellevue Police use of force policies to ensure they align with industry best practices.

Chief Wendell Shirley reported that the department has implemented, assessed or responded to all 47 recommendations, with some still in progress for completion with a clear path to complete and fulfil the council pledge commitments. Many of the recommendations were already part of the department’s standard operating practices and are now written into policy.

In addition to the pledge update, the presentation included highlights on the department’s new police data transparency and accountability website and a recent anti-crime initiative, which is addressing a rise in property crimes throughout the region and in Bellevue.

More details on the council report and the pledge progress are in the meeting materials.

At the start of the meeting, the council took time to recognize and commend James McClain, a city employee for 32 years who had served for decades as the manager of the city’s Bellevue Youth Theatre.

“Everybody got a part, everybody had an opportunity, everybody learned to work with each other. People learned to appreciate, tolerate, embrace and support each other, and you did it all with love. And it wasn’t easy,” said Mayor Lynne Robinson. “You had every type of person in your program with all different needs, different abilities, and when the curtains went up none of that mattered, everybody came together as a team.”

McClain, who recently retired, was on hand to accept the commendation at the meeting (see photo) and he was also given a video tribute in the city’s June Lake to Lake program.