Police milestone in It's Your City 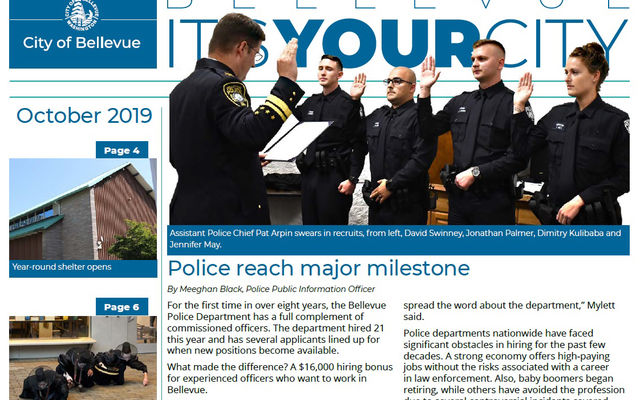 The October issue of It's Your City covers a lot of ground. Features include a hiring milestone for the police and an update underway for the environmental stewardship plan. Also included:

Last but not least, Mayor John Chelminiak paid tribute in his farewell column to the residents who’ve supported him for 16 years. He recounts opportunities to visit with neighbors on the campaign trail.

The City Manager's Office produces It's Your City, a 12-page resident publication, three times a year, with articles by staff in all operating departments. The next issue of It’s Your City will come out in February. If you have questions or comments, please contact Claude Iosso, the editor.