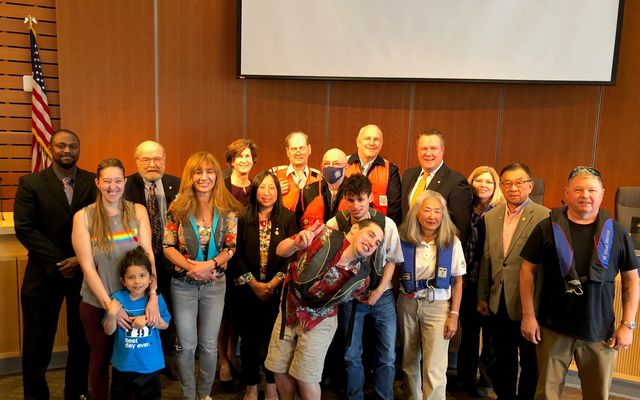 Plus, Land Use Code Amendment for supportive housing, Library Board appointment and Safe Boating Week

On Monday, the City Council held its first of three public hearings on the city’s Preliminary 2023-2024 Budget and 2023-2029 Capital Investment Program Plan. Two more public hearings will be held this summer and in the fall prior to council’s expected action on the budget in November.

The public hearings allow the City Council and city management to hear public comment prior to the development of the final operating budget and CIP Plan. In addition to public hearings, the city engages with a variety of stakeholders on budget development through other means including a web page for budget public involvement, surveys to collect feedback from residents, input through boards and commissions, and direct council communications.

Leading up to the public hearings, a budget workshop in March introduced a number of influences on the upcoming budget cycle including inflationary pressures, financial sustainability concerns and long-range capital planning for parks. At the first public hearing, community members requested the council continue investing in cross-cultural programming as well as the city’s Environmental Stewardship Initiative.

More details on the first budget public hearing are available in the meeting materials and the full hearing is available on video replay through Bellevue Television.

The council was presented with the Planning Commission’s recommendation for a land use code amendment to establish regulations for permanent supportive housing, transitional housing, emergency housing and emergency shelter.

Councilmembers discussed several topics, including provisions adopted by other jurisdictions, finding a balance between additional regulations and the need for these types of housing, communication and public engagement, exemptions to certain supportive housing requirements, and information about the previous discussions about best practices for permanent supportive housing.

The code amendment is in response to changes in state law, requiring cities to allow permanent supportive housing and transitional housing uses in all land use districts where residential dwellings or hotels are allowed, and emergency shelters and emergency housing in any land use districts where hotels are allowed. More details are available at Supportive and Emergency Housing Code Amendment.

The council appoints residents to boards, commissions and committees that provide detailed study and recommendations on important policy matters. More information on the city’s Boards and Commissions is available on the city website. 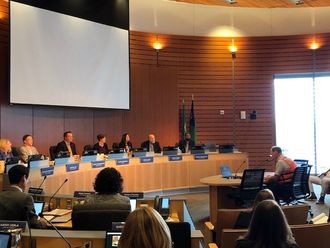 A number of supporters for Safe Boating and Paddling Week, May 21-27, visited Bellevue City Hall to accept a proclamation from the mayor and councilmembers and promote recreational boating safety.

The group included members of America’s Boating Club of Bellevue, a volunteer organization offering boater education classes and performing vessel safety checks, including for paddle craft, for free to the community. They noted an increase in water accidents and deaths during the pandemic as more people were pursuing outdoor activities.

The council also recognized National Gun Violence Awareness Day on June 3, encouraging community members to wear orange on that day to remember the lives lost and families forever changed by gun violence. The proclamation was read a day before a gunman shot and killed 19 children and two teachers at an elementary school in Uvalde, Texas.