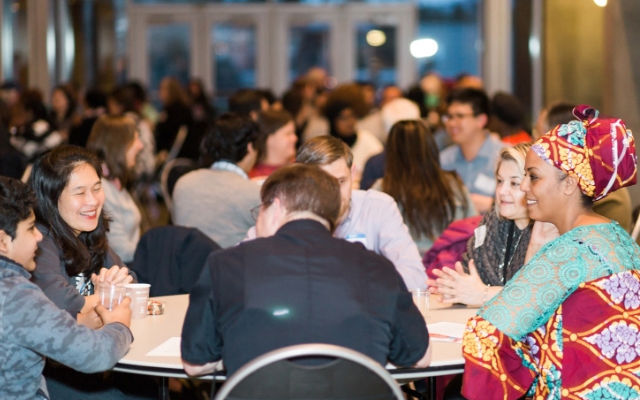 At Monday’s study session, the City Council explored the results of a requested cross-cultural programming study. After the discussion, councilmembers approved moving forward with a study of physical spaces in the community that could support the ongoing and increasing demand.

The focus of the briefing was the recent Cross-Cultural Programming Public Outreach Study which gathered community feedback from 443 survey participants and 125 workshop attendees. The purpose was to determine the adequacy and effectiveness of existing cross-cultural programming. Overall, participants expressed satisfaction, but identified access as the greatest barrier.

Cultural competence is a key component of the Diversity Advantage plan, adopted by the council in 2014.

An executive summary of the cross-cultural programming study can be found in the agenda packet materials.

During the regular session, the council awarded a contract for the city’s 2019 Overlay Program for just over $5.87 million to the low bidder for the work, Lakeside Industries.

Currently, last year’s contractor is wrapping up repaving work from the 2018 overlay program. This year’s work is expected to begin in the coming weeks. It will include repaving 22 lane miles of roadway, upgrading 69 curb ramps, replacing about 2,500 linear feet of deteriorated sidewalk, restriping streets to create new bike lanes and restoring the pavement at six water main replacement sites.

The overlay program invests in maintenance rather than waiting for pavement to fail, which is far more expensive to repair. It’s the Transportation Department’s largest annual program expenditure, typically in the $5-7 million range.

More information and a list of repaving locations is available on the program page. A 60-second video shows the overlay work.

Also during the regular session, the council recognized May as Asian Pacific American Heritage Month. Councilmember Conrad Lee read the proclamation on behalf of the body, noting the importance of the community’s contribution to Bellevue. Lei Wu, chair of the Transportation Commission, accepted the proclamation.

Nationwide, Asian and Pacific Islanders form an American community of 25 major ethnic groups who speak over 15 different languages. Approximately 38 percent of Bellevue’s population is made up of Asians or Pacific Islanders.

The proclamation is available to view in the agenda packet materials .