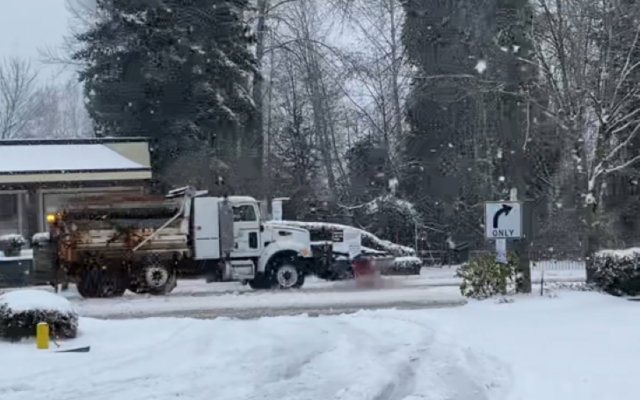 On Tuesday, the City Council unanimously adopted two Land Use Code Amendments (LUCAs) in response to the city’s Affordable Housing Strategy. The LUCAs are designed to increase housing choices in Bellevue.

The LUCAs include removing the three-year wait period to establish an Accessory Dwelling Unit (ADU) in new single-family home construction and allowing for Unit Lot Subdivisions in areas where multifamily development is currently permitted.

The East Bellevue Community Council (EBCC) will hold their public hearing on the ADU and the Unit Lot Subdivision LUCAs in early March to decide whether both with apply within the body’s jurisdiction. The presentation and LUCA details are available in the meeting materials.

In other business, councilmembers were provided an informational briefing on the details of the city’s transportation response to record levels of snow in the region over the weekend.

Road crews began round-the-clock shifts beginning last Thursday, ahead of the storm system that dumped up to 12 inches of snow in some areas of Bellevue. The crews treated roads with more than 13,000 gallons of liquid de-icer and 600 tons of road salt. For the first time, the city was also able to use a new tool called automatic vehicle locating technology that shows real-time locations for snowplows in the city. Crews can dispatch the nearest plow to respond to emergencies and ensure balanced coverage as they systematically clear roadways citywide.

The presentation is available on video replay through Bellevue Television. Transportation activities are just one of many aspects of the city’s severe weather response. To learn more about city resources during inclement weather, visit our updates web page for this storm. To learn how to prepare for winter weather in general, the city has a helpful Winterize guide.

Later, the City Council received a report from A Regional Coalition for Housing, or ARCH, to review funding allocations recommended by the ARCH executive board for regional affordable housing projects that applied for funding last fall through its Housing Trust Fund Program.

Three projects were brought forth for recommended funding totaling $5 million, spread across the 15 ARCH jurisdictions. Bellevue’s portion of the request is $621,900, 12.4% of the total recommended funding allocation. The projects would create 467 units of long-term affordable housing in the region. Among them is 95 units in Bellevue’s Eastgate area of permanent supportive housing, designed for individuals experiencing homelessness. The other two projects are in Bothell and Kirkland, supporting senior housing and additional low-income housing.

In response to council discussion, city staff and ARCH will report back at a later meeting on questions relating to community outreach and site safety and security. The full discussion is available on Bellevue Television replay and the presentation materials are available in the meeting agenda item.

Following the surprise attacks on Pearl Harbor in 1941, more than 300 Bellevue residents were incarcerated in far-flung camps against their will after President Roosevelt sign an executive order on Feb. 19, 1942. The order authorized the federal government to forcibly relocate Japanese Americans. Mayor Lynne Robinson, on behalf of the council, signed a proclamation recognizing the week of Feb. 14-21, 2021, as a “week of action and remembrance.”

The mayor urged all residents to reflect on this unfortunate time in our nation’s and region’s history. Many lost homes, businesses, savings or property during that time. Only 11 of the 60 Bellevue families who were displaced returned to the area after 1945. It wasn’t until 1988 that President Reagan signed the Civil Liberties Act, officially apologizing for the incarceration and authorizing reparations.

The full reading of the proclamation is available on video replay of the meeting.