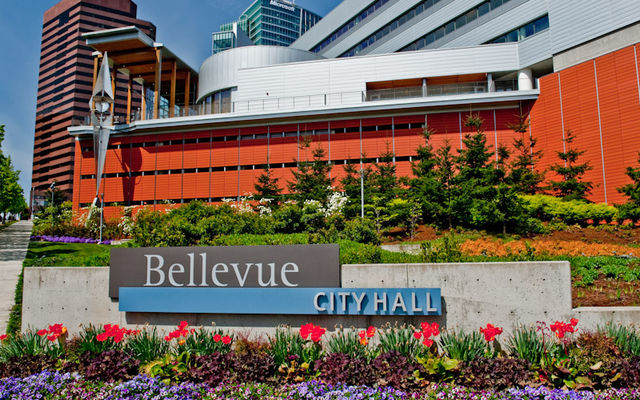 Plus, ADA update and Land Use Code Amendment hearings

On Monday, the City Council was briefed on City Manager Brad Miyake’s preliminary 2023-2024 Operating Budget and 2023-2029 Capital Investment Program (CIP) budget. During the introduction, Miyake noted that this budget was among the most complex he’s worked on in his 20 years with the city, given high inflation levels, rising interest rates, future economic impacts, Bellevue’s growth demands and an ongoing structural deficit.

The presentation included a timeline for when each section of the budget discussion will be reviewed and acted upon by the council.

The preliminary operating budget proposes continued spending for several key council priorities including environmental stewardship, public safety, affordable housing and the city’s ongoing diversity work. The general capital budget includes $41 million in new spending for neighborhood projects in addition to necessary investments in ongoing infrastructure maintenance and roadway improvements, energy retrofits, an aquatic center, the long-range comprehensive plan, growth area planning for Wilburton and the Grand Connection and debt paydown, to name a few. Bellevue refinanced its debt in the last biennium, reducing debt by about $4 million per year and allowing the city to fund new programs in the CIP. Debt makes up 22% of the CIP at $178 million.

The report also highlighted continued risks and uncertainty in this budget cycle that could hurt the city’s progress toward closing a known gap between revenues and expenditures over the next two years. Bellevue has worked on a variety of solutions over the past couple of budget cycles to alleviate the impacts. However, these decisions are likely to become more difficult in future budget decisions if the gap widens. Similar to past budgets, the city’s finance group will continue to watch the trends through this biennium and make adjustments as needed.

The budget also proposes a 0.01% Business & Occupation tax increase for businesses grossing more than $180,000 annually, a 1% council-directed property tax addition and a 1% increase in revenue pulled from the city’s banked capacity. The resulting tax impact to owners of a $1 million home would be an additional $18 per year in Bellevue property taxes, which make up 10% of a Bellevue homeowner’s total property tax bill.

The full introductory budget report is available on Bellevue Television replay. In addition, the public can access all available budget documents and information at Budget Public Involvement.

The council received a progress report on the city’s efforts to make city facilities, programs and services accessible to qualified individuals with disabilities. The city tracks these efforts through a Self-Evaluation and Transition Plan that sets forth work items as part of the city’s obligations under the Americans with Disabilities Act, a federal mandate to provide equal access to services for people of all abilities, and in support of the city’s Diversity Advantage Plan.

The report detailed several city accessibility achievements, including accessible changing tables in certain parks facilities, wheelchair charging stations at City Hall and key community centers, a universal design guide for meetings, trainings and events, more than a hundred new or upgraded accessible curb ramps, over 18,000 linear feet of accessible sidewalks installed and progress made on the goal of having all pedestrian signals throughout the city be accessible with both visual and audible signaling capabilities. In addition, the presentation highlighted upcoming improvements to the accessibility of the council chamber that will make meetings more accessible for individuals with disabilities.

The progress report presentation and overview are available in the meeting materials.

Two public hearings were also held at the council meeting on land use code amendments introduced earlier this month.

The first allows the director of Development Services to grant multiple extensions, each up to 12 months, for temporary public safety facilities when the city manager has declared a natural disaster or emergency. The amendment removes the maximum 36-month approval period for such facilities. The update provides flexibility and allows for continuity of response, recovery and assistance.

The second code amendment reconciles Bellevue’s land use code with recent amendments to state law concerning in-home daycares. The city’s code places limitations on capacity and operating hours that were inconsistent with the new state law.

Both land use code amendments were approved unanimously and more detail is available in the meeting agenda materials.

About the City of Bellevue

Known as a “City in a Park” with nearly 100 parks and a vast network of trails and greenbelts, Bellevue is the fifth largest city in Washington state. The Eastside city spans 33.5 square miles, from Lake Washington to Lake Sammamish. As part of the Innovation Triangle, Bellevue is the high-tech and retail center with a downtown skyline of gleaming high-rises, a diverse population of approximately 145,000 and schools that are consistently rated among the best in the country.