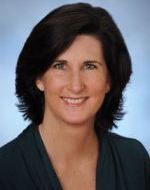 Mayor Lynne Robinson joined the City Council in 2014, and she has a long history of civic involvement. She is a champion for startups and small business, and has encouraged startup and equity crowdfunding workshops at City Hall. Her colleagues voted her deputy mayor in January 2018 and mayor in January 2020 and again in January 2022.

Lynne also advocates for the environment, parks and open spaces, human services and affordable housing in Bellevue. She proposed a property tax exemption adopted by the council for multifamily complexes that include affordable housing.

She represents the council on the King County Mental Illness and Drug Disability Advisory Committee, the King County Affordable Housing Committee and the Puget Sound Regional Council Executive Board.

Before her election to the council, Lynne served on and chaired the Bellevue Network on Aging and the Parks & Community Services Board.

A physical therapist with her own business, Lynne holds a doctorate in physical therapy from Regis University and a bachelor's degree in physical therapy from Northwestern University Medical School. She also earned a bachelor's degree in community services from California State University Chico. In 2015 Governor Jay Inslee appointed Lynne to a three-year term on the state Board of Physical Therapy. Lynne developed an interest in computer science while in college, and she is on the Washington Technology Industry Association Cascadia Blockchain Council.

Lynne and husband Dan Watson live downtown after moving from the Woodridge neighborhood, where they had resided since 1997. Their two children graduated from Bellevue public schools and are successful professionals.