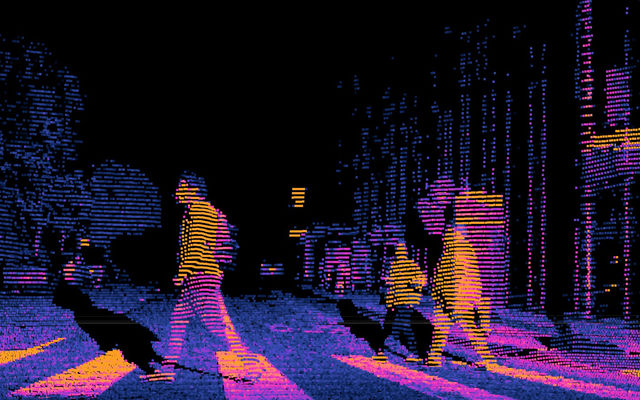 Two new technology tools designed to make streets safer and more efficient are being installed this week at downtown intersections. They hold the potential for reducing deadly traffic incidents.

The projects are part of the city’s broader Vision Zero effort to eliminate traffic deaths and serious-injury collisions on city streets by 2030. Both take advantage of video analytics and build on partnerships with technology companies.

The first project expands the city’s use of leading pedestrian intervals – traffic signal timing that gives pedestrians a 5-second head start in crosswalks before vehicles get a green light to turn right or left. The extra time makes pedestrians more visible and decreases the likelihood of collisions. Establishing pedestrian intervals requires minor adjustments to signal timing that are low cost compared to other safety upgrades.

Failing to yield to pedestrians has contributed to 41% of all pedestrian fatalities and serious injuries in Bellevue over the past 10 years, according to an analysis of police incident reports. In 2020 Bellevue installed leading pedestrian intervals at 20 intersections downtown and at Crossroads, and partnered with Microsoft, Advanced Mobility Analytics Group and Jacobs Engineering to study their effectiveness.

The pilot project, which used video analytics to evaluate footage from intersection traffic cameras, showed a 42% reduction in vehicle-pedestrian close calls after pedestrian intervals were introduced. Based on the findings, Bellevue this week began a gradual expansion of the intervals to 41 downtown intersections.

Currently, the city’s adaptive system uses inductive loops buried in the pavement to detect vehicles and bicycles, then adjusts signal timing accordingly. The new technology offers the possibility of better detection of road users to increase safety and minimize traffic delays, as well as lower costs by eliminating the need to maintain loops under city streets.