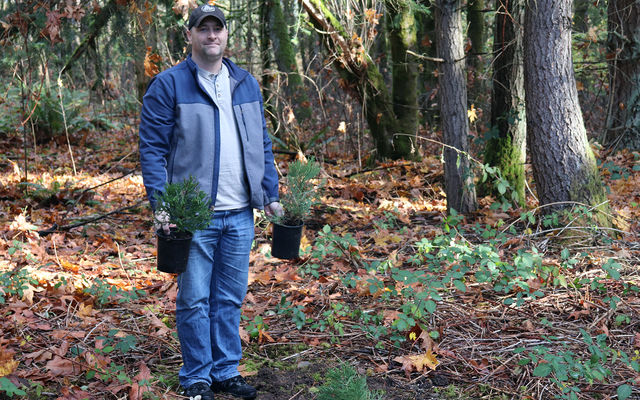 The City of Bellevue is planting approximately 1,000 donated giant sequoias this fall in parks and open space throughout the community.

On Saturday, Nov. 16, 30 volunteers from Cedar Crest Academy will plant approximately 300 of the two-foot tall seedlings at Wilburton Park. The remainder of the donated trees will be planted at Ardmore, Kelsey Creek and Airfield parks, as well as Forest Park Meadows Open Space.

The effort will help the city fulfill its goal of achieving a 40 percent tree canopy.

Giant sequoias are a fast-growing, pest-resistant, drought-tolerant species that can live up to 3,000 years.

Over the last five years, native trees in the city – including western red cedar, western hemlock and Douglas fir – have had a higher mortality rate due to drought stress, which makes trees more vulnerable to fungal disease, insects and other pathogens. This project supports the long-term health of the city’s urban forest.

Philip Stielstra, a Boeing retiree and tree ambassador, approached the city about the donation of sequoia seedlings (worth $8,000) from PropagationNation, a Seattle nonprofit that locates and propagates sequoia and redwood trees.

Bellevue’s estimated 1.4 million trees offer a host of benefits, including:

Information about the city’s tree preservation efforts is available at bellevuewa.gov/trees.