Raising the flag in solidarity 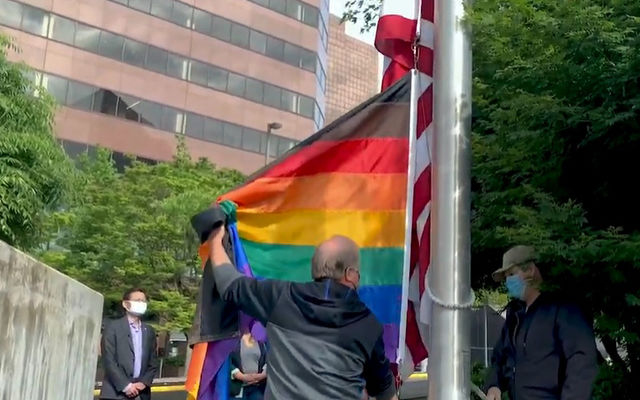 In honor of LGBTQ+ Pride Month, a rainbow flag was raised Wednesday, June 10, at City Hall and other city facilities. The City Council issued a proclamation on June 1, which was received virtually by the Pride Club at Bellevue High School.

"I hope the flag will make people aware of the LGBTQI community in Bellevue," City Manager Brad Miyake said in a video of the small flag-raising event in front of City Hall. "The flag shows the support of the city organization behind this community."

This year, we are flying the Philadelphia Pride Flag, which includes black and brown stripes to recognize the role of people of color in the gay rights movement and demonstrate solidarity with African Americans and other people of color struggling with systemic racism.