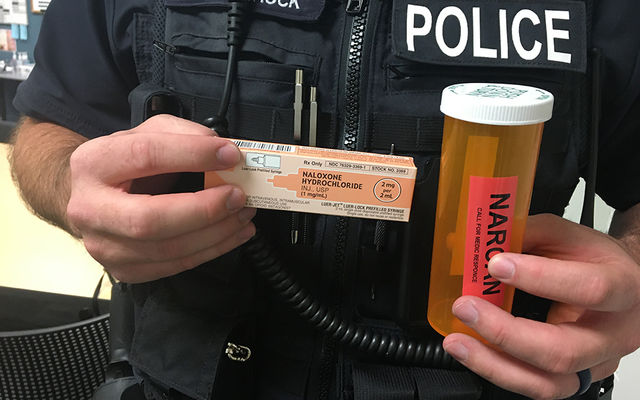 Police officers are often the first responders on scene during emergency or health-and-welfare calls involving drug overdoses. In these cases, administering anti-overdose medication quickly can mean the difference between life and death.

“There’s no question Narcan saves lives,” said Assistant Police Chief Patrick Arpin. “Our fire department has carried Narcan for years since they are traditionally the first medical emergency responders on scene, but with the increase in the number of drug cases our officers are seeing, Narcan is now a necessary tool for us to better protect the public.”

Arpin also noted that as police respond to more drug calls, there is a risk of accidental officer exposure to substances, so Narcan could serve as a protective measure for members of the police force as well.

King County has seen a nearly 35 percent increase in drug overdose deaths in the past two years. So far in 2019, Bellevue has had 10 overdose deaths compared with eight deaths due to overdose in all of 2018.

An increasing number of these fatalities are due to the synthetic opioid fentanyl, which is 50 to 100 times more potent than morphine and cheaper than many other drugs. Counterfeit drugs are often laced with it and this can be a contributing factor to the higher incidence of overdose deaths.

“Most of the time, the victims don’t know they are ingesting fentanyl, and it can be deadly,” Arpin said.

Nasal Narcan is available to anyone without a prescription. Visit stopoverdose.org for locations that provide Narcan.