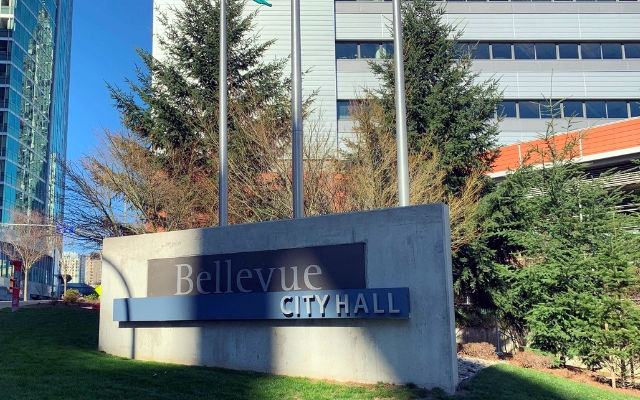 At Monday’s study session, the City Council discussed the possibility of providing temporary year-round men’s shelter services at Lincoln Center. As part of the briefing, councilmembers gave initial direction on addressing the current gaps in services and funding.

In November, staff presented a feasibility study to the council outlining the building modifications and land use process that would be required to meet city codes for providing year-round shelter. At that time, $135,000 was authorized for design of potential building modifications to better understand the cost and schedule of the year-round shelter services at Lincoln Center.

City staff, working closely with Congregations for the Homeless and a team of professionals from the community, determined that the most cost-effective, efficient solution is to add fire sprinkler protection. This work, which also includes adding a new sleeping area and other fire/life safety improvements, is estimated to cost between $900,000 and $1.2 million.

The team anticipates returning to the council in April for final direction. Additional background on the interim year-round men’s shelter can be found in the agenda packet materials.

Later, the council held a public hearing on a land use code amendment (LUCA) to formally allow nurseries and garden supply retail that have been operating prior to 1955 in residential districts.

After the zoning change, the nursery and garden supply uses were able to continue, but no companion uses could be established to complement these businesses. Additionally, the businesses could not be rebuilt after clearing the sites.

After the public hearing, the council unanimously adopted the code change.

The LUCA will result in nurseries being legitimized and allow for smaller complimentary services like a coffee cart or landscaping services. In addition, it would leave the option to clear the site and rebuild so long as the nursery remains in operation.

The council adopted the LUCA instead of a Comprehensive Plan Amendment sought by a nursery applicant so that the change would apply citywide.

Earlier during the regular session, Mayor John Chelminiak reiterated the council’s support for the Eastside Islamic community in the wake of the Christchurch mosque shootings. The mayor expressed regret that the council could not attend Monday’s interfaith vigil in Redmond hosted by the Muslim Association of the Puget Sound and other faith groups, but noted that the city sent a letter of support.

“Bellevue, as a community, views hate in all forms as unacceptable,” said Chelminiak. “We firmly reiterate the inclusive values set forth in our council vision statement: ‘Bellevue welcomes the world. Our diversity is our strength.’”

The full remarks can also be viewed online (2:10 mark) via BTV.