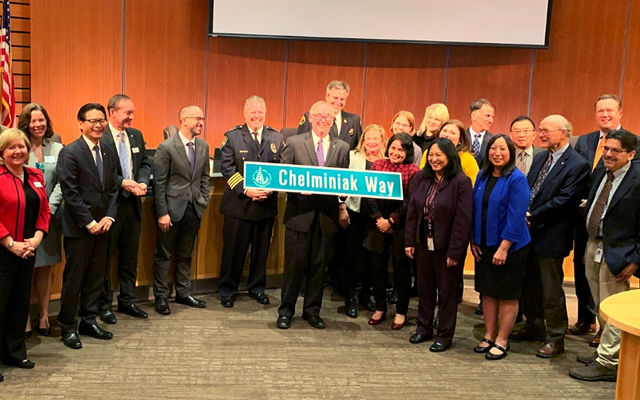 In Monday’s regular session the City Council approved an ordinance to amend the city’s land use code (LUC 20.30U) governing temporary encampments on the property of religious host organizations.

The final code amendment aligns LUC 20.30U more closely to operations under a Consent Decree that has also governed temporary encampments in Bellevue since 2006. The Consent Decree was set to expire in January 2020.

Councilmembers considered an amendment to one section of the draft ordinance related to regulation of breaks between encampment deployments in the city. The amended language removed the requirement for a citywide gap of 180 days between any deployment within the city. Instead, the code would require that only one encampment exist in the city at one time, but there will be no required citywide time gap between deployments.

A further modification was introduced to retain the 180-day gap only for temporary encampments within in a one-mile radius of each other. This would mean groups can operate consecutively in the city at different religious host locations, so long as the new location was more than a mile away from any temporary encampment that operated in the prior 180-day period.

A motion to accept the modified amendment language passed 6-1, with Councilmember John Stokes opposing on the basis of preferring a less restrictive approach.

The final adoption of the ordinance with the amended language passed on a vote of 6-1 with Councilmember Stokes opposing, noting the same reasons. The full discussion and votes are available on video replay through Bellevue Television. More information on the process can be found on the temporary encampments web page.

This week’s meeting marked the last for Bellevue Mayor John Chelminiak, who is retiring after 16 years on the council. He joined Bellevue’s planning commission in 2002, then ran for and was elected to the city council in 2004. He served two stints as deputy mayor in 2006 and again in 2016, before being elected mayor by his colleagues in 2018.

The council presented Chelminiak with a commendation, a plaque, and his own street sign. At an earlier reception, many former and current colleagues spoke about Chelminiak’s hard work and integrity over the years.

Current Deputy Mayor Lynne Robinson said, “You’re an outstanding leader because you’re trustworthy and true to your word. If you say you’re going to support something you are unwavering. You’ve been strong and reliable on the council and in the community.”

Citing Chelminiak’s work spent solidifying plans for a permanent men’s shelter in Bellevue, Robinson added, “We will always remember you for your courage, compassion and perseverance for the less fortunate in our communities.”

Video of the full celebration is available via Bellevue Television.

Four newly elected Bellevue city councilmembers were sworn in at the session by judge Lisa O’Toole. This included incumbent councilmembers Jennifer Robertson, John Stokes and Janice Zahn. With the retirement of Mayor John Chelminiak, Jeremy Barksdale was elected to position 3.

The activation was a partnership between the city and the Bellevue Downtown Association (BDA) to instill a sense of place and visual connection through the corridor and to raise awareness about the broader Grand Connection project. The project took more than 500 hours from BDA staff and volunteers to implement. To support the activation project, the BDA conducted research and feedback surveys, worked closely with nearby property owners, and created a website to promote the concept and educate the public about the Grand Connection.

More placemaking projects are expected along the Grand Connection in 2020. Survey results showed that 84 percent of people liked the initial activation concept and 90 percent said they would like to see more creative activation activities in the future.

NOTE: The council will be on holiday recess for the rest of 2019. The next meeting will be on Monday, Jan. 6.