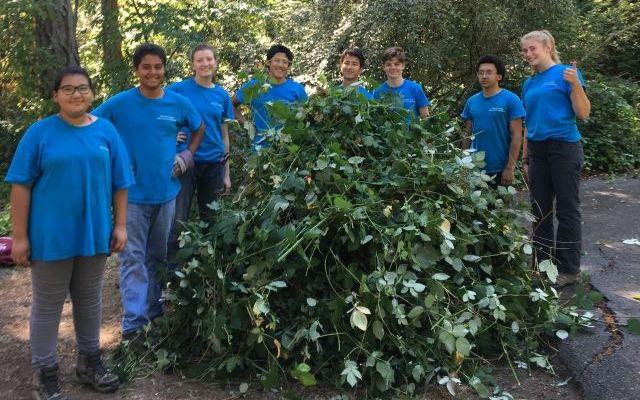 On Monday the City Council received a report detailing the changing demographics in Bellevue. Trends included continuing population and jobs growth and areas of concern such as income inequality.

The report also included an emphasis on the importance of an accurate count for the city in the 2020 Census. About 17 percent of Bellevue’s population has moved to the U.S. since 2010, meaning they have not experienced the process. In mid-March, the federal government will mail out census materials. For details on census timeline, questionnaire, and confidentiality, visit the city’s census page.

Councilmembers were briefed on recent progress in the city’s economic development efforts. Highlights from 2019 included coordination with businesses expanding in Bellevue, enriched programs for small businesses and entrepreneurs, and continuing key partnerships to support the Bellevue business community.

Since 2012, Bellevue has added nearly 19,000 jobs. That pace is expected to accelerate by approximately 50 percent through 2024 as a result of several companies expanding and adding new jobs in the city. As Bellevue’s economic growth continues, the city provides support services to a variety of businesses. The Startup 425 business education program enrolled more than a thousand people in 2019 and an Advisory Committee recommended initiatives to further support small businesses over the next five years. Additionally, the Small Business Advisor program counseled 39 businesses of all stages and sizes in 2019. Finally, key partnerships enabled the city to support advancements in 5G technology as part of the Innovation Partnership Zone, expand the Bellwether Arts Festival, and explore placemaking on the Grand Connection

This report reflected the goals of the current five-year Economic Development Plan. Draft strategy recommendations for the next phase of the work will be presented to council on Feb. 24. A replay of the full discussion is available on Bellevue Television.

Bellevue was selected in 2018 to participate in the University of Washington’s Livable City Year program, a partnership that matches city departments with students to advance livability and sustainability in our community.

The city was recognized with an “Outstanding Community Partner” award for its work in the program. More details on the projects and progress are on the city’s Livable City Year page.

Interested teens are invited to apply for the program through April. More information and a link to apply can be found on the Well-K.E.P.T. program page.

NOTE: The City Council meeting for next week (Feb. 17-21) has been cancelled due to the Presidents' Day holiday and mid-winter school break. Councilmembers will reconvene on Monday, Feb. 24.