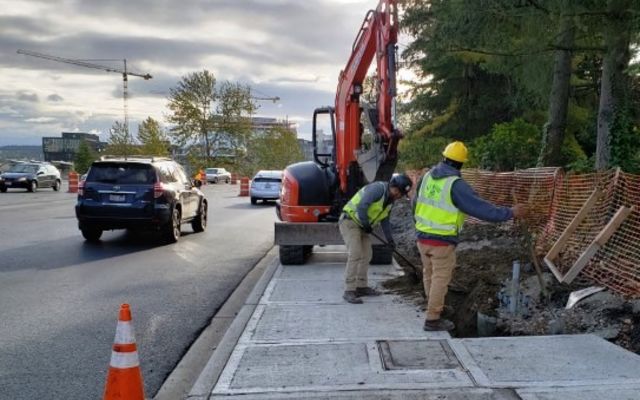 On Monday the City Council voted unanimously to support King County Proposition No. 1, Medic One – Emergency Medical Services Replacement of Existing Levy, which will appear on the November ballot. Proposition 1 would reauthorize an expiring regional levy that funds the countywide Medic One system for emergency medical response. The vote occurred after the King County Department of Public Health presented an informational report on the measure’s details and a member of the Washington State Council of Firefighters spoke in favor.

The levy is funded by property taxes and, if Proposition 1 is adopted, would collect $0.265 or less in property taxes per thousand dollars of assessed valuation beginning in 2020 for six consecutive years. The presentations and councilmember remarks are available to watch online courtesy of BTV (beginning at the 1:21:00 mark).

In other business, the council reviewed progress on major city transportation projects as well as projects specifically funded through the Neighborhood Safety, Connectivity and Congestion Levy. This year’s transportation construction season has been busy in Bellevue, with approximately $125 million in projects either completed or under construction.

Major projects completed in 2019: The second section of Spring Boulevard, a new east-west roadway being built through the city’s BelRed area between 116th and 120th Avenue Northeast, is targeted for completion by the end of 2019; and more than 36 lane miles of roadway were resurfaced as part of the city’s pavement management program.

Levy projects: The 20-year neighborhood levy provides more than $7.4 million in revenue annually, including $5.4 million for safety and connectivity projects with a focus on improvements near schools and $2 million for congestion reduction work. Since voters approved the levy in November 2016, 22 levy-funded projects have been completed and 14 are under construction. Recently finished levy projects include: safety improvements on 119th Avenue Southeast near Newport Heights Elementary School; new crosswalks, medians and bike lanes on 112th Avenue Northeast; new crosswalks on 156th Avenue Southeast; and new sidewalks on 158th Place Southeast. The levy allowed the city to complete several firsts in its history, including the first bike-specific traffic signals and the first flashing beacon near a high school.

A progress report on these and other projects will be presented to the community at the end of 2019. More information can be found under the projects section on the city’s website.

According to statistics, one in four women and one in seven men are impacted by domestic violence in their lifetime. The proclamation noted LifeWire, a Bellevue-based organization that partners with area schools and colleges to ensure young people in our community have the tools to identify and build healthy relationships.

The city encourages anyone experiencing domestic violence to reach out to LifeWire’s 24-hour helpline.