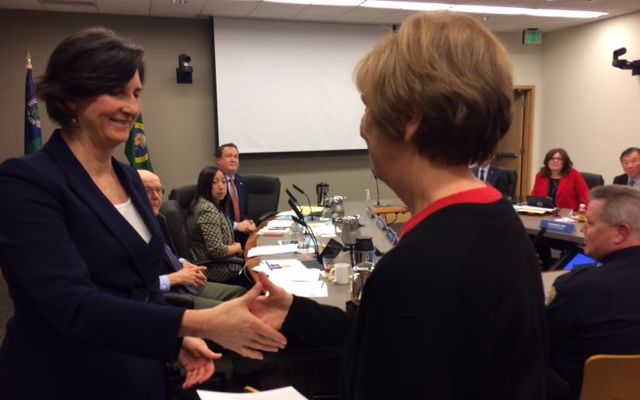 On Tuesday evening Mayor Lynne Robinson read a proclamation reaffirming the City of Bellevue’s commitment to firearm safety. The council had unanimously approved the proclamation following a presentation detailing the ways the city proactively engages with the community through its human service partners, probation program and Police Department.

Bellevue Police reported that out of 97,000 calls for police in 2019, 0.05%, or less than a tenth of a percent, involved a firearm present in some way. Also, in the 2019-2020 budget, among the more than $7 million the city invested in human services, $5 million supports 47 programs related to community safety. 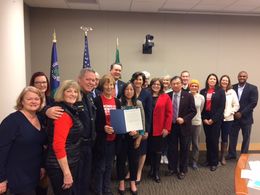 The full list of programs and services detailed in the presentation is available in the council agenda item. The full proclamation is also available online.

Later, councilmembers were briefed on fire department priorities for spending funds as a result of the passage of the Medic One Levy. The levy increases the emergency services revenue available for the city by $1.1 million annually over the next six years.

The Fire Department recommended to council a strategic allocation of the new funds to areas and purposes that allow emergency response to be more effective for the community, mainly supporting emergency medical services, since nearly 80% of fire calls currently relate to medical issues. The department plans to use the increased funding to expand Bellevue Fire CARES mobile integrated health services, add EMS staff and further improve patient care with digital records management.

The council directed staff to prepare an ordinance to formally allocate the funds accordingly in these service areas. This included adding  7.5 full-time staff positions to support the department’s emergency response services. Councilmembers will adopt the ordinance at a later meeting.

As the final item of business, the council voted unanimously to adopt a resolution in support of the proposed Bellevue School District capital bond measure slated for the Feb. 11 special election ballot. If approved by at least 60% of voters, the measure would replace the prior bond approved by voters in 2014.

At the previous meeting, councilmembers received a report from the school district detailing the specific capital improvement action items the bond measure would fund. On Tuesday proponents and opponents were given an opportunity to speak to the council. Representatives in favor of the ballot measure presented a case for council to formally support the measure. Statements were not made opposition to the ballot measure. Video replay of the discussion is available on Bellevue Television.

If approved, the bond would generate $675 million for school capital improvements and would add $0.03 per $1,000 of assessed value in local school district taxes for homeowners.