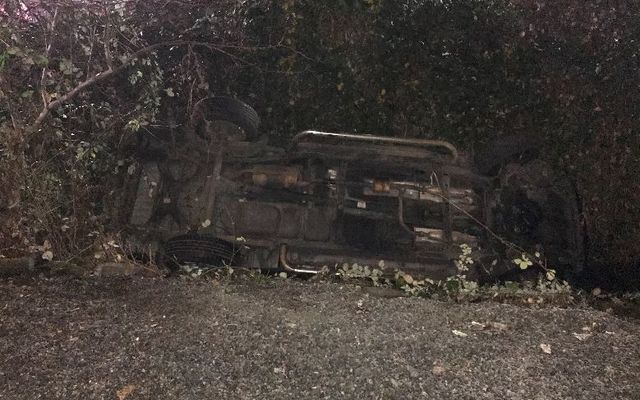 An officer responding to an early morning burglary in progress in the 2900 block Richards Road noticed a male and female removing items from the business.  He ordered the suspects to stop and put their hands up.  Instead, they dropped the merchandise, jumped in their truck, threw it in reverse, and attempted to flee at a high rate of speed. The pair forgot there was a 5-7-foot ditch right behind the truck; the truck flipped upside down and landed in a foot of water.

Both suspects fled into the sticker bushes, where the 38-year-old male was quickly apprehended by responding officers.  A K9 track located the 33-year-old female after she spent nearly two hours in the cold.

After the female suspect was cleared for hypothermia, both suspects were booked into jail on investigation of Burglary 2nd Degree and Obstructing.  The male was also cited for Driving with a License Suspended.