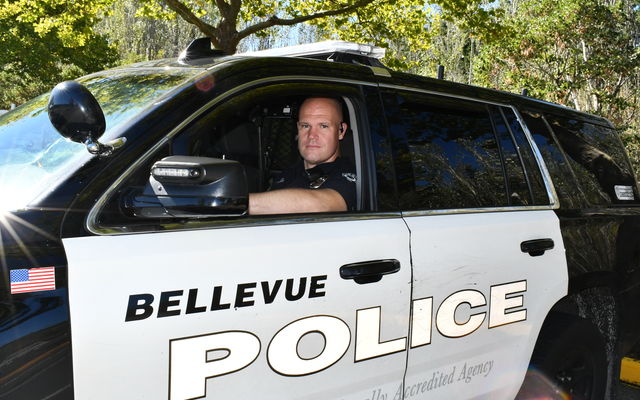 Officer Jesse Hjelmstad is back patrolling Bellevue's streets after serving his third tour of duty with the National Guard.  As a Sergeant First Class, Officer Hjelmstad led a platoon of 20 medics in Northeastern Africa, the Middle East, and Eastern Europe for the past year.

During the mission, Officer Hjelmstad and his unit trained with Jordanian forces in combat first aid, including setting up field hospitals and teaching the Jordanians how to care for themselves on the battlefield.

Hjelmstad left in fall 2019 and returned in late September to a changed world. "There were a couple of Seattle officers and a King County Deputy in my platoon, so every night we'd watched everything unfold online.  From the COVID-19 outbreak to the protests and civil unrest," Hjelmstad remembered. "I was a little apprehensive coming back, but it's been much better than I expected. I'm proud to serve my country and proud to be back with BPD."

With three little kids at home, Hjelmstad said missing his family was the most difficult part of his deployment.  He has four more years in the Air National Guard.