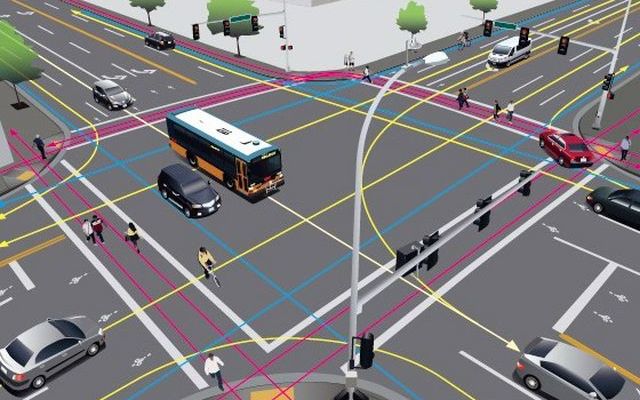 In a collaboration with organizations across North America, the City of Bellevue, the University of Washington and Microsoft are asking for the public's help in a cutting-edge effort to help prevent deaths and serious injuries from traffic crashes.

Called "Video Analytics Towards Vision Zero," the project will tap new technologies to analyze traffic camera video footage available in many cities, and use near-miss collisions to predict where future crashes are likely to occur. Traffic engineers could then take corrective action to prevent them.

Project organizers are encouraging as many people as possible to help by watching traffic camera video and using tracking tools to identify objects and movements. The crowd-sourcing effort is critical to the project's success. The videos and tools are now available on the project web page. Detailed information about the project is available in an ITE Journal article.

Mayor John Stokes noted that Bellevue is committed to using technology to improve city services. "In this case, we have the opportunity to work with great partners to make the biggest difference of all -- saving lives," he said. "Everyone who participates in the Video Analytics project can make a small contribution that could add up to a big impact in keeping our walkers, bicyclists and drivers safe."

The potential of the project for saving lives is significant. In 2016, road crashes resulted in approximately 40,000 deaths and 4.6 million injuries in the United States alone. For young people under age 19, these collisions were the leading cause of death.

"Computer vision algorithms applied to video feeds from traffic cameras have a huge potential of improving traffic flow and reducing traffic crashes and fatalities," said Microsoft Research Distinguished Scientist Victor Bahl. "We are working diligently on this because we truly believe the societal impact will be significant."

Likewise, in Bellevue last year there were 433 traffic incidents involving injuries, 39 bicycle crashes and 47 pedestrian incidents, including one person who was killed in a downtown crosswalk.

"Video analytics turns the traditional model of reacting to crashes on its head. It will give us tools to predict where incidents are going to occur so we can take counter-measures in a proactive way," said Dave Berg, Bellevue Transportation director. "It could be a game-changer, not just for us, but for cities around the world."

As part of the project, crowd-sourced inputs will be used for "machine learning" -- teaching computers how to tell the difference between cars, buses, trucks, motorcycles, bicycles, and pedestrians. Ultimately, instead of a person watching a few hours of video, computer algorithms will analyze millions of hours of footage live, in real time.

The technology uses near-miss collisions as zero-cost learning opportunities to improve road safety. It holds the potential to dramatically reduce the number of crashes by predicting where, when, and how they are likely to occur.

The Video Analytics project fits with the City Council's vision to make Bellevue a Smart City, with a goal to achieve predictive, interoperable and adaptive services and operations. Vision Zero is an international initiative that aims to end all traffic deaths and serious injuries on streets by 2030.