Bellevue is a strong, growing and diverse regional economic center.

With over 150,000 jobs within the city, Bellevue was the second largest city in terms of employment in Washington State in 2015. Despite fluctuations that correlate with the ups and downs of the economic cycles, the number of jobs in Bellevue has grown at an average annual growth rate of 1.12 percent since 2000. By 2035, the number of jobs in Bellevue is projected to reach 192,800.

Bellevue is a regional employment center, with workers commuting to their jobs from throughout the Puget Sound region. In 2006-2010, about 22 percent of Bellevue workers lived in Bellevue, 15 percent in Seattle, another 20 percent in other eastside cities including Renton, and the remaining were spread throughout the region. 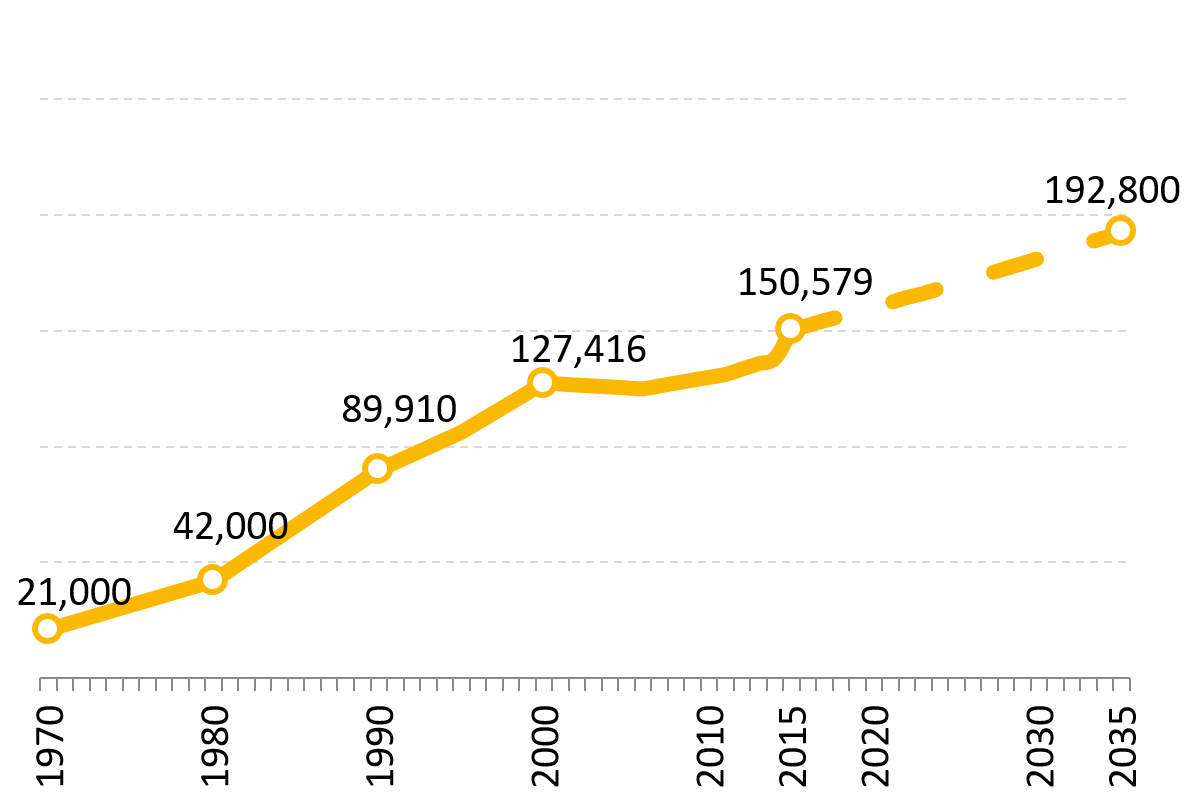 Just over three quarters of Bellevue’s employed residents worked in Bellevue (40%), Seattle (21%) or Redmond (15%). Bellevue residents also worked other Eastside communities, South King County, and other places across the region. 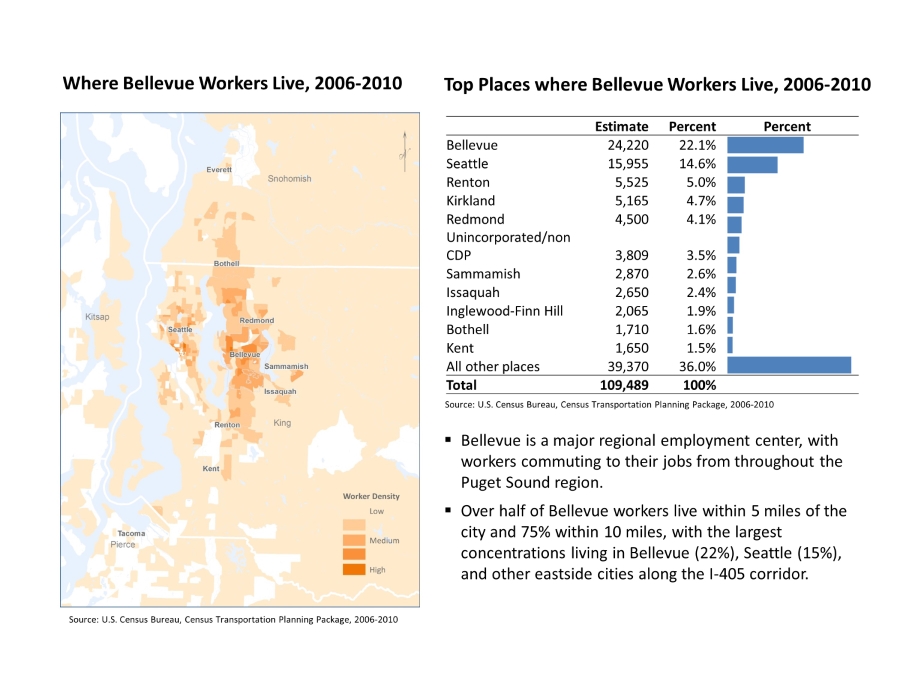 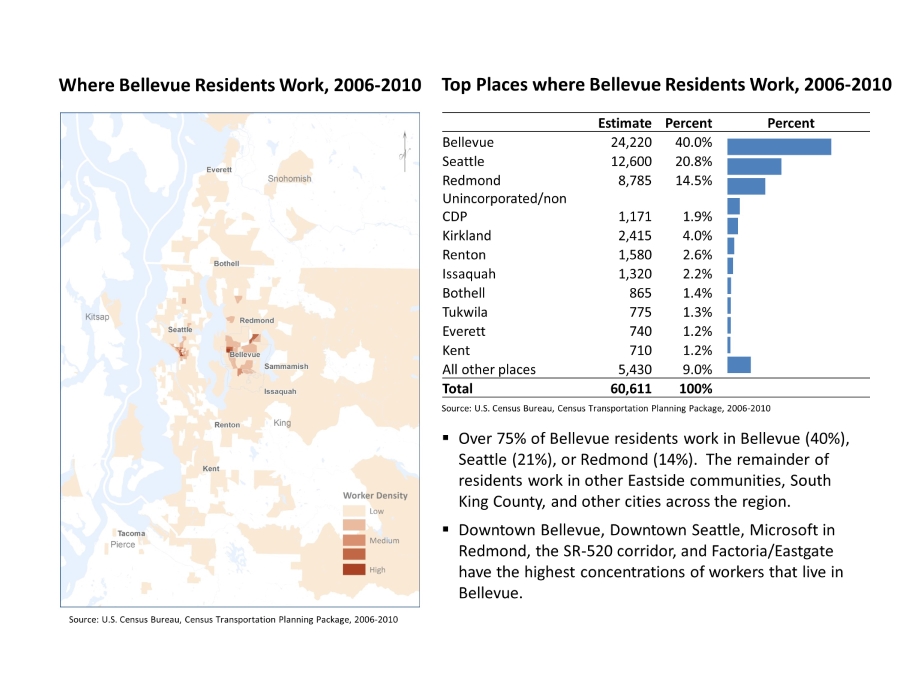