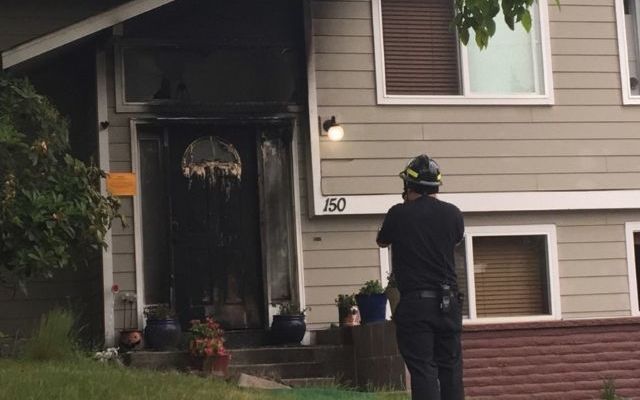 Bellevue Police have arrested a 56-year-old man suspected in connection with an overnight arson fire on the 100 block of 159th Avenue Southeast.

The Bellevue Fire Department responded to a residential fire just before 3 a.m. The fire started on the porch and burned the front door of the home. Fire crews were able to put out the fire within 10 minutes. The cause of the fire was suspicious and police arson investigators were dispatched.

The three people in the home at the time of the fire evacuated safely. The homeowner was able to identify the suspect through home surveillance video as a family member, who does not live in the residence.

The homeowner believed the suspect would be traveling on foot and the Bellevue Police K9 unit was called out to help with the search.

A patrol officer saw the suspect walking along the road near 147th Avenue Southeast and Main Street at about 10 a.m. He was taken into custody and transported to jail.