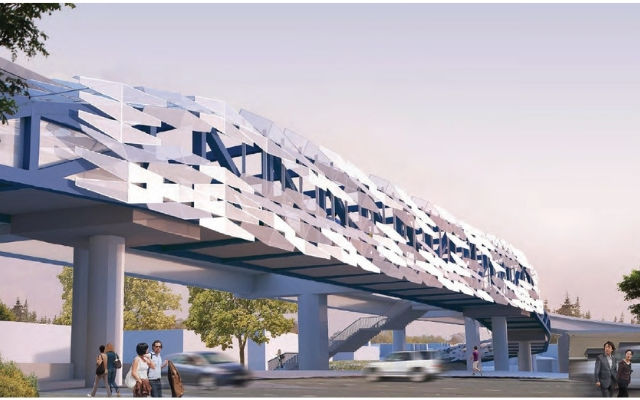 During an extended study session on Monday, the City Council reviewed progress on the Eastrail, a regional multi-use trail that will run through Bellevue. Formerly called the Eastside Rail Corridor, the “Eastrail” is a 42-mile line previously owned by the Burlington Northern Santa Fe Railroad Company. The north-south segment in Bellevue stretches seven miles from Renton to Kirkland.

Although Bellevue is not an Eastrail owner (it’s owned by King County, Snohomish County, Redmond, Kirkland, Woodinville and Sound Transit), it does have permitting authority for the section within its city limits and has long expressed support for developing a high-quality trail. Since 2013, Bellevue has taken part in a regional planning process for the trail and has allocated $2.5 million for its development.

The city also has contributed funds for the design of a pedestrian-bicycle bridge over busy Northeast Eighth Street, east of 116th Avenue Northeast and next to the future Wilburton Station, which will serve the East Link light rail line. The estimated $19 million bridge project is slated for completion in 2022.

Another aspect of the Eastrail discussed Monday was the possibility of Bellevue participating in the installation and management of fiber optic cable beneath the trail. Expanding the city’s fiber network would boost the capacity needed by public and private organizations to connect with internet and telecommunications providers.

Additional information is available in the agenda packets materials. The full briefing is also available to watch via BTV.

Later, the council approved the objectives for an update of Bellevue’s economic development plan. The update is intended to continue the city’s success attracting major, high-tech employers while also supporting small businesses and retail of all sizes.

The city adopted its current Economic Development Plan in 2014, following an assessment of Bellevue’s economic drivers and interviews with civic and business leaders. Staff reported success on many of the plan’s objectives, including cultivating technology entrepreneurs, recruiting international firms, strengthening tourism and marketing the city.

Over the last five years, the city has scored major wins on the economic front, with companies such as SAP Concur, Salesforce, REI and Amazon all locating in Bellevue.

With objectives for the plan update established, the Community Development Department will gather data and draft strategies with engagement from stakeholders. After the council reviews and revises those strategies, the new economic development plan could be ready for approval late in the first quarter of 2020.

More details are available in the agenda memo.

NOTE: Due to July 29 being the fifth Monday of the month, there will be no council meeting. Councilmembers will return for their final meeting before the summer recess on Aug. 5.