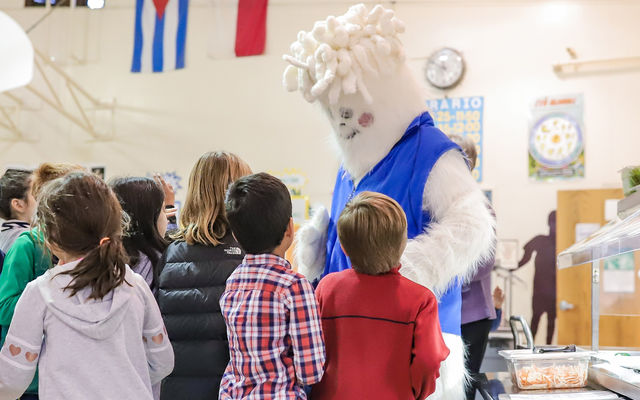 In the battle against lunchroom waste, Bellevue students put up an impressive fight. For the annual Cafeteria Challenge, students at the winning Puesta del Sol Elementary School averaged just 1.77 grams of waste on measurement day – the weight of a paper clip.

The 24 schools participating in the Bellevue School District competition generated 403 pounds of garbage total on Measurement Day, which would translate to just 4.8 pounds of garbage for an entire year for each of the 15,060 students. That’s 93% less than the national average.

Each school deserves recognition for their efforts, which have only grown stronger over the years the contest has run. Trophies were handed out on Thursday, Dec. 12.

“We are thrilled to see this level of enthusiasm and engagement,” said Nancy Larson, facilities, maintenance and community use manager for the school district. “A record number of students took part this year.”

The contest emerged eight years ago out of the “Green Genius” program, a longstanding partnership between Bellevue Utilities and the Bellevue School District to offer classroom recycling education.

“Food waste is a huge area of opportunity,” said program coordinator Sam Wilder. “The Cafeteria Challenge gives us a tool to help schools implement a lunch waste reduction campaign in a way that is both educational and fun for students.”

The results keep improving every year. Participating schools reduced waste by 30% this year over the 2018 contest. 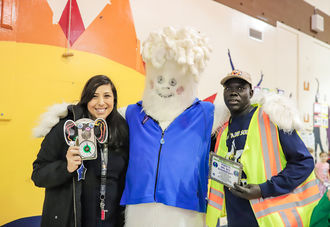 Said Larson, “All of these students worked hard and achieved impressive results. But we also recognize the support and commitment of the whole school body.” Echoed Wilder, “It really is a team effort with the city and Bellevue schools – the principals, teachers, parents, hardworking custodial staff and students – who make waste reduction efforts possible.”

The winning schools get a recycled trophy and bragging rights for another year. But, says Wilder, “The real contest winner is the environment.”

About the City of Bellevue
Known as a “City in a Park” with nearly 100 parks and a vast network of trails and greenbelts, Bellevue is the fifth largest city in Washington. The Eastside city spans 33.5 square miles from Lake Washington to Lake Sammamish. As part of the Innovation Triangle, Bellevue is the high-tech and retail center with a downtown skyline of gleaming high-rises, a diverse population of more than 145,000 and schools that are consistently rated among the best in the country.