Bellevue benefits from having a well educated workforce with significant professional expertise and from cultural diversity.

Bellevue has a highly educated and cosmopolitan population with two-thirds of those 25 and older having a bachelor’s degree or higher, half of whom who have a graduate or professional degree, and with over 39 percent of its population having been born in a foreign country. 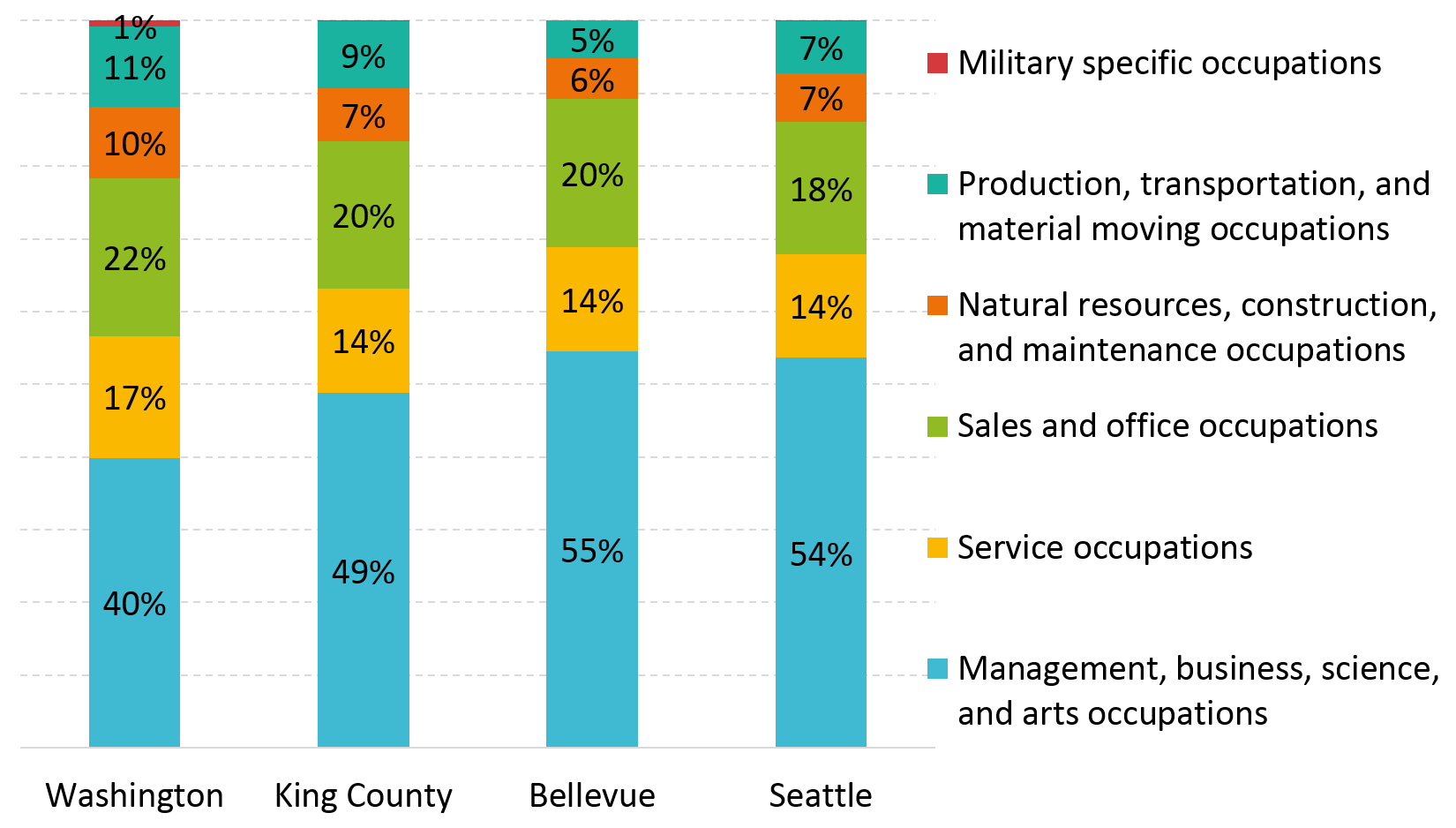 Following its job numbers, Bellevue had the highest proportion of workers employed by professional, scientific, and management services industries with 24 percent compared to Seattle’s 19 percent, the county’s 18 percent and the state’s 13 percent. Bellevue also had a higher percentage of workers in retail industries and lower percentages in educational, health care and social services, public administration, and transportation, warehousing and utilities. 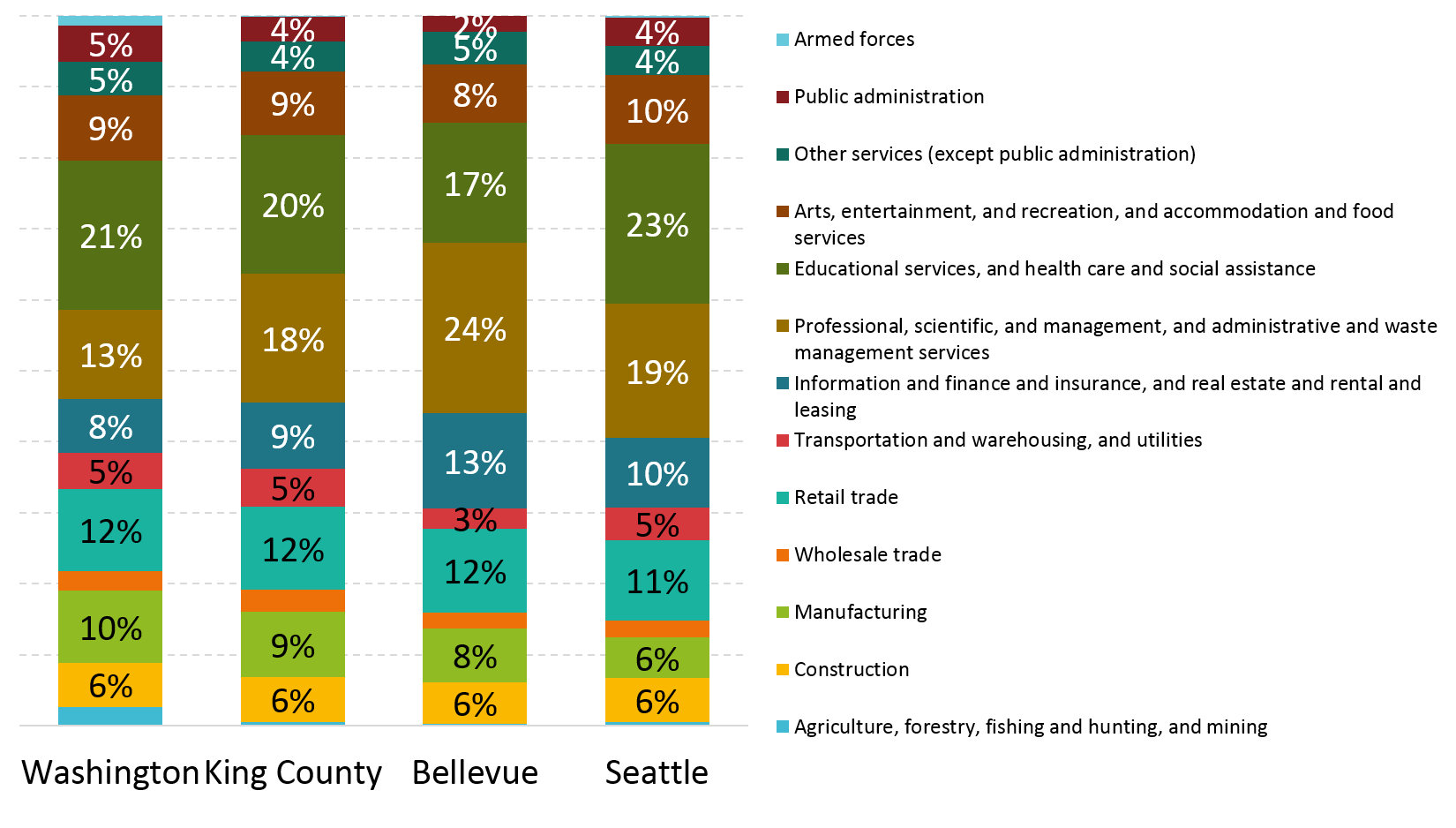 About 38 percent of those working in Bellevue earned $75,000 or more in 2015, higher than the proportions in the state, county and Seattle. 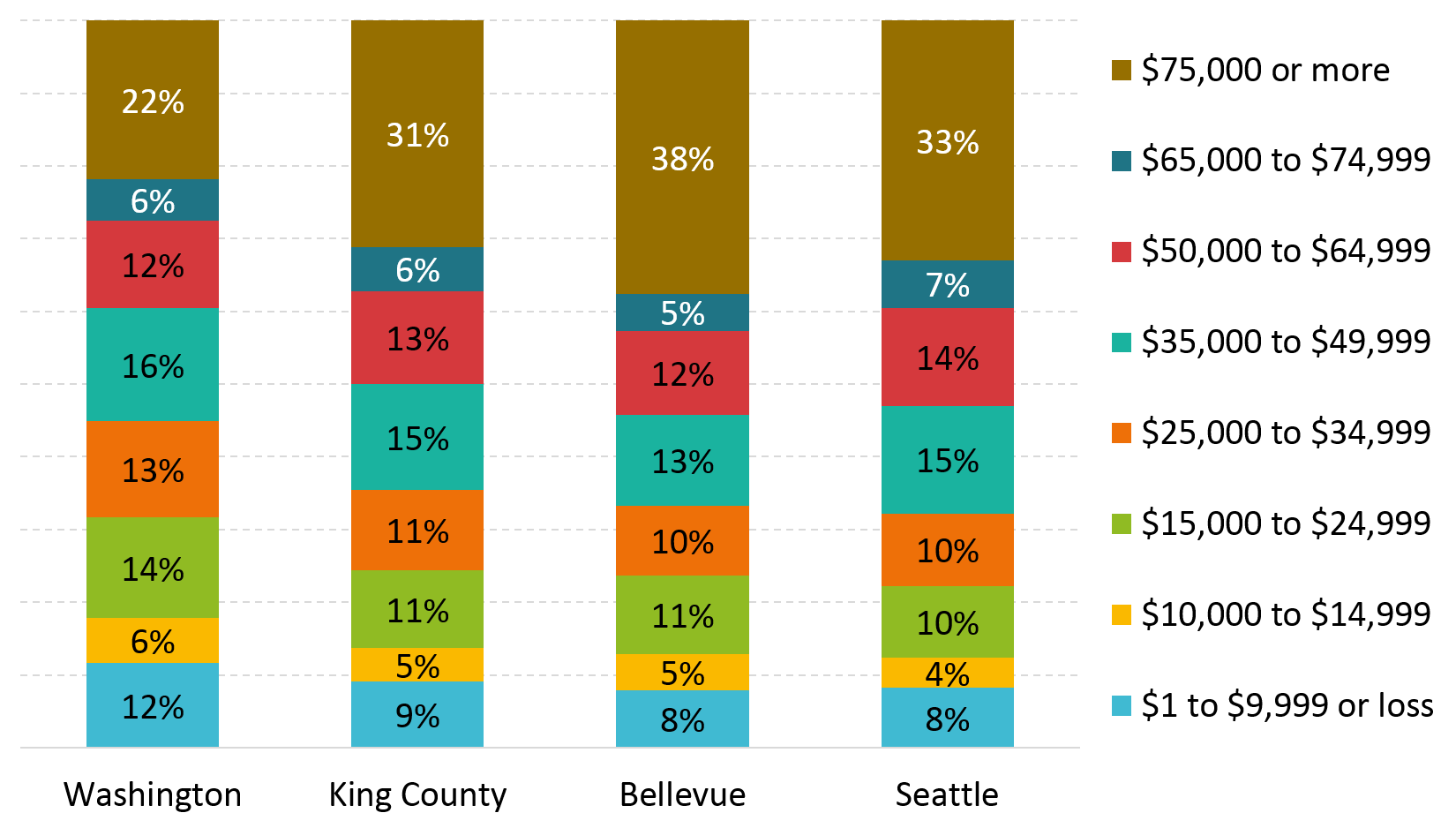