Bellevue's population was estimated to be 145,300 as of April 1, 2019, making it the fifth largest city in Washington, just behind Seattle, Spokane, Tacoma and Vancouver.

Bellevue’s population comprises just under 2% of the state’s total population and just under 7% of King County’s total. The city covers an area of approximately 33.5 square miles, resulting in a population density of 4,335 people per square mile. 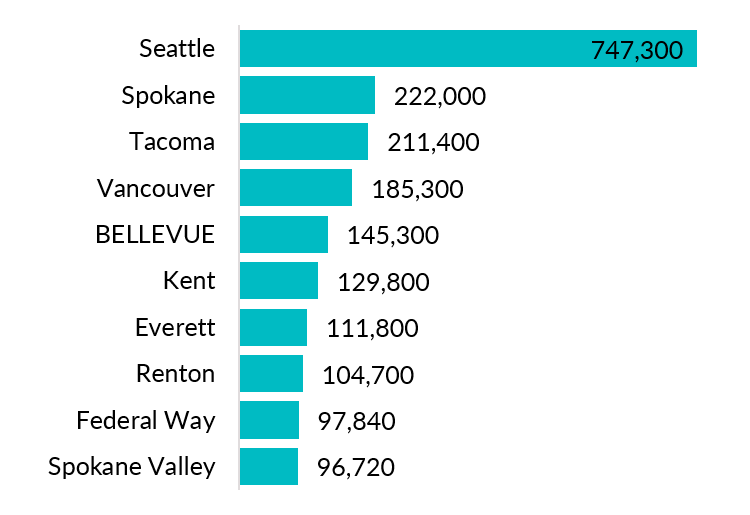 Since Bellevue incorporated in 1953, the city’s population has grown at an average annual rate of 5% per year. However, much of that growth was due to annexation, especially annexation that occurred during the 1950s and 1960s, when Bellevue quintupled in size, annexing nearly 19 square miles, and the city’s population ballooned by a factor of 10, climbing from 5,950 in 1953 to 61,196 in 1970.

Bellevue Population 1953 to 2019 with Shares of Growth from Annexation and Natural Increase/Immigration, and Forecast Population to 2035 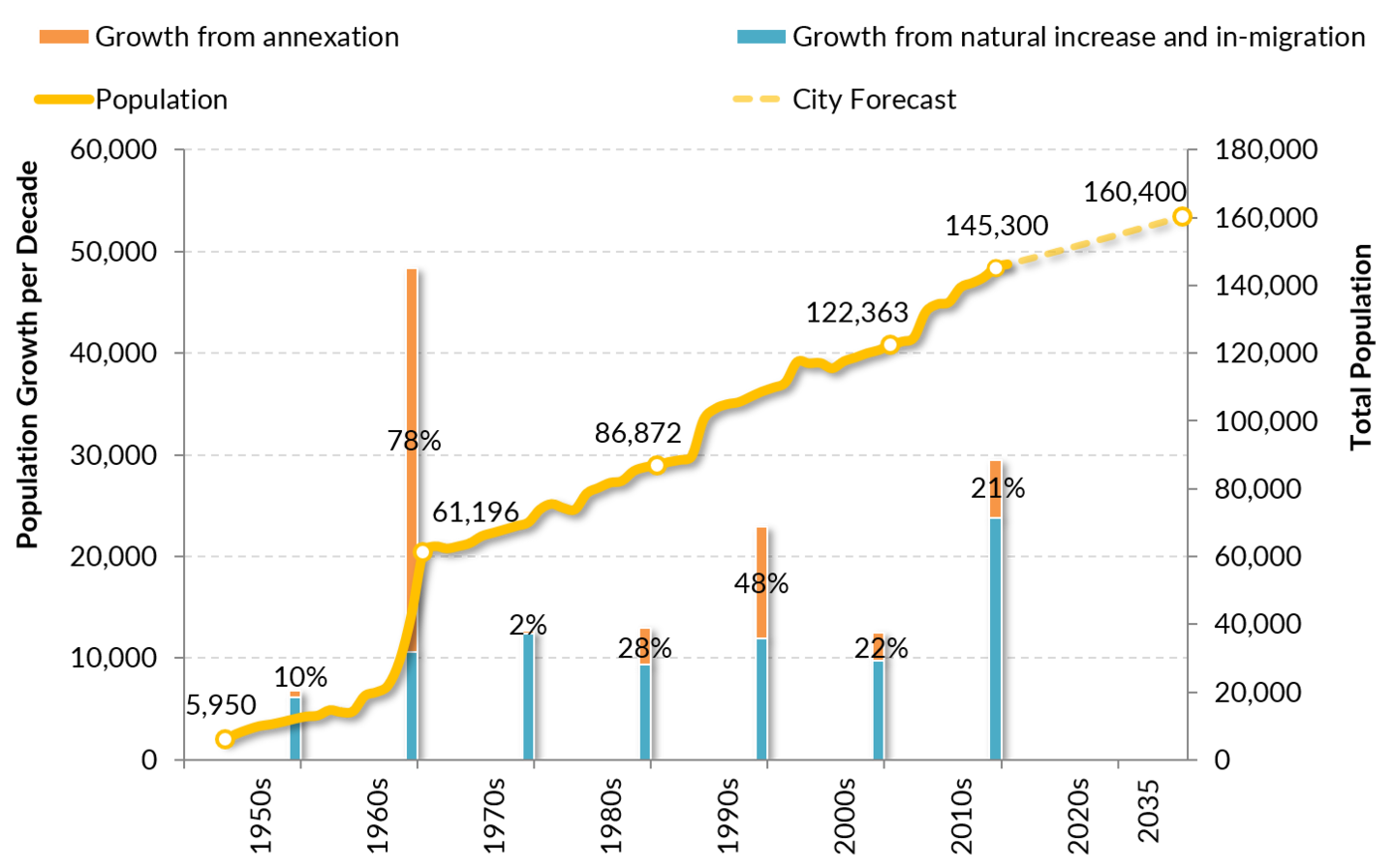 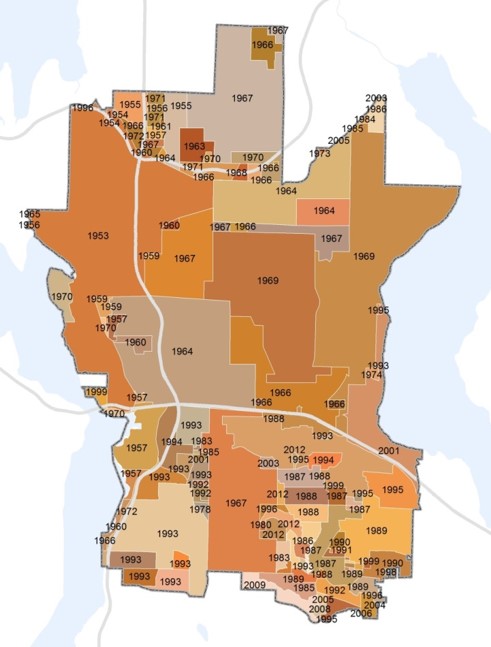 Source: City of Bellevue Department of Planning and Community Development. 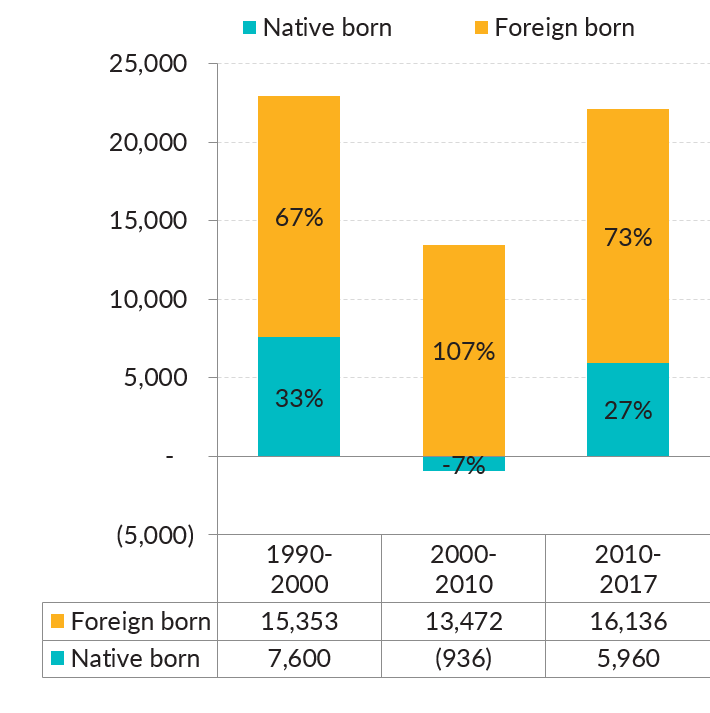 Between 2010 and 2019, Bellevue’s population, not including population in annexation areas, grew by 14.1%, slower than King County’s population overall at 15.3%, yet faster than the state’s increase of 12.2%. Eastside cities, including Issaquah, Redmond, Newcastle, Kirkland, Sammamish and Renton, all grew faster than Bellevue, while Mercer Island, Woodinville, the Points communities and other small towns grew slower.

The Census Bureau also provides population and housing estimates each year along with demographic components of change by age, sex, race and Hispanic origin for the nation as part of their population estimates program.