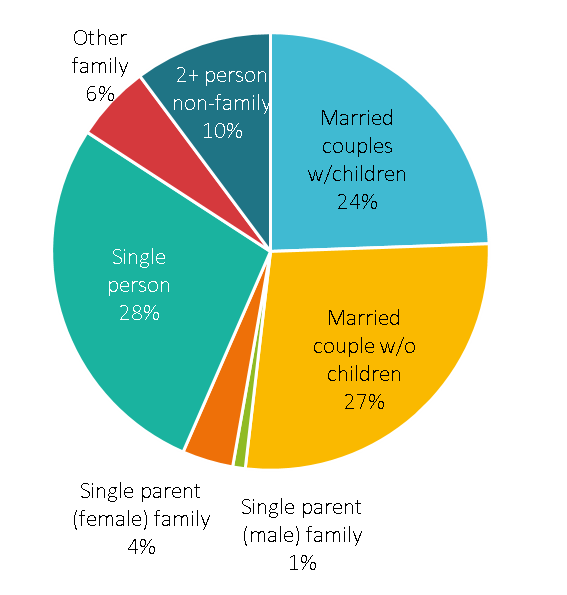 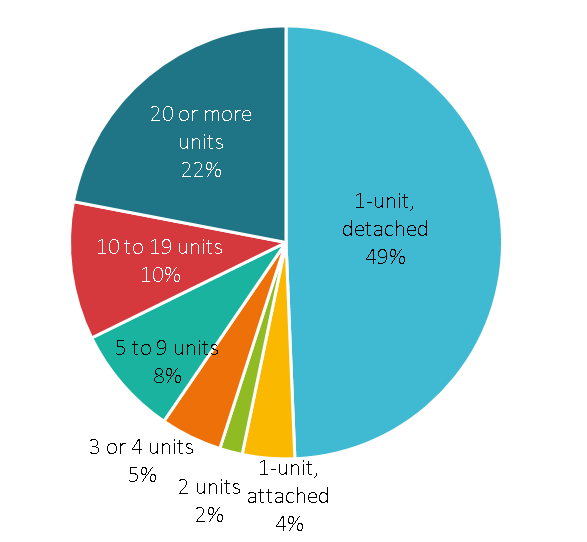 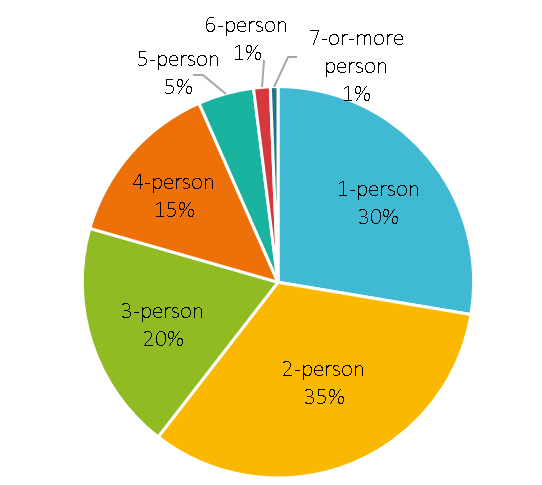 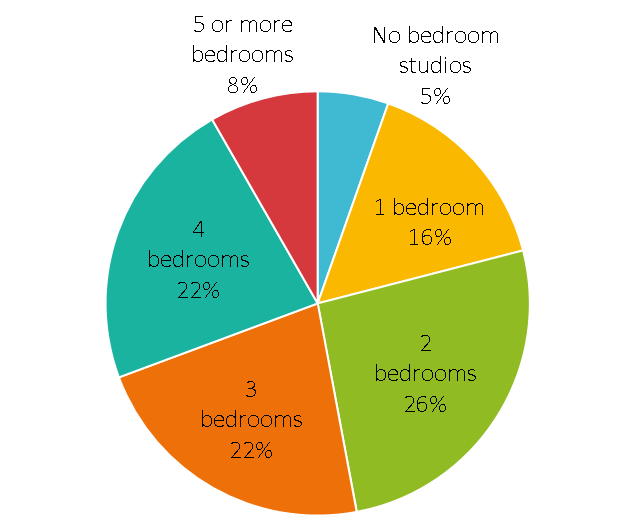 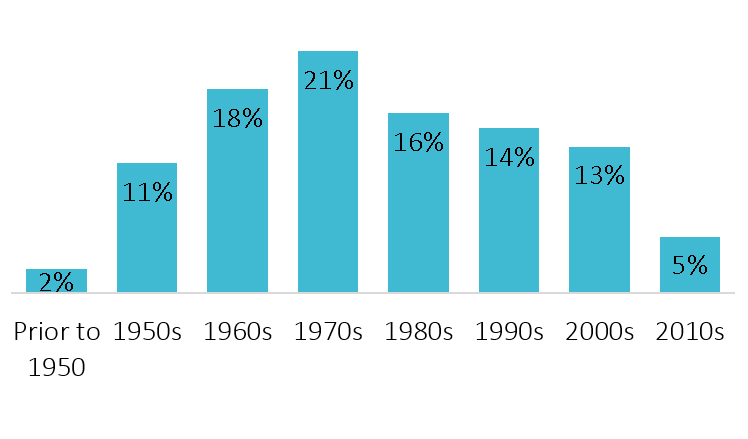 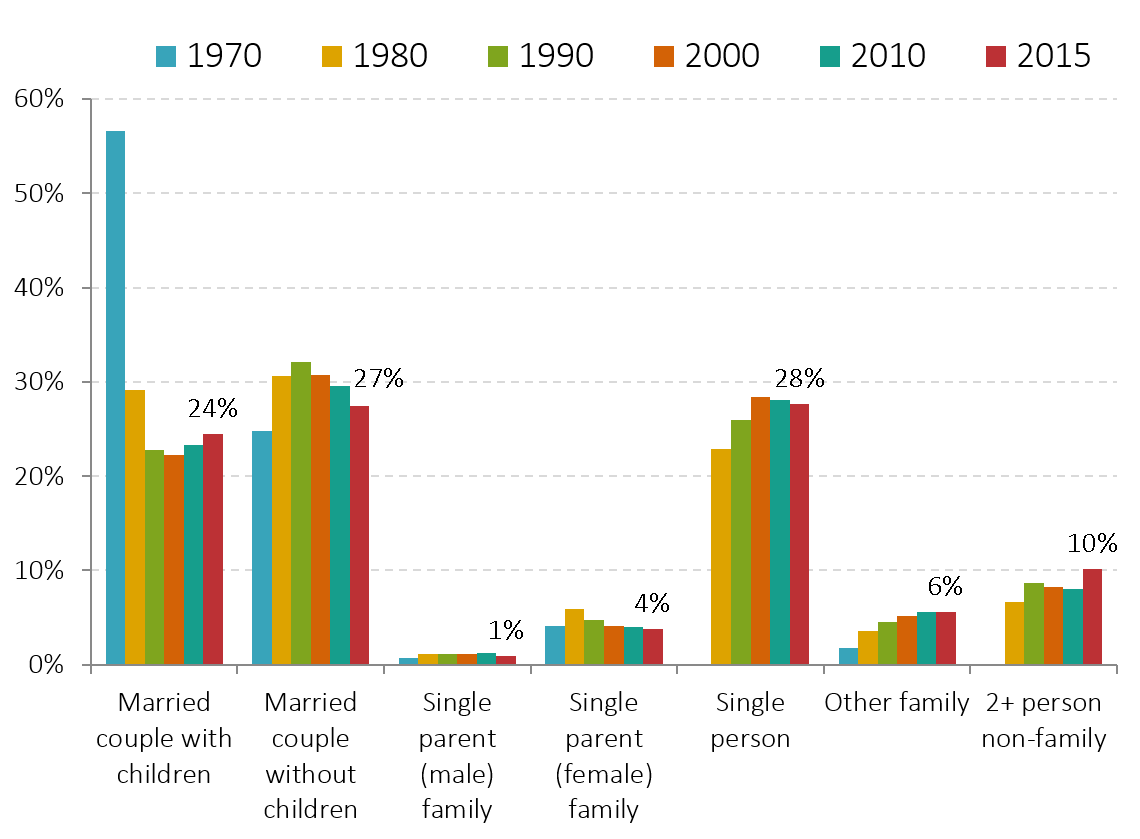 As infill and redevelopment occurs in Bellevue, a greater diversity of structure types including single family detached, townhome, mid rise and high rise residences will exist. Bellevue is projected to have a total of 74,200 housing units in 2035. 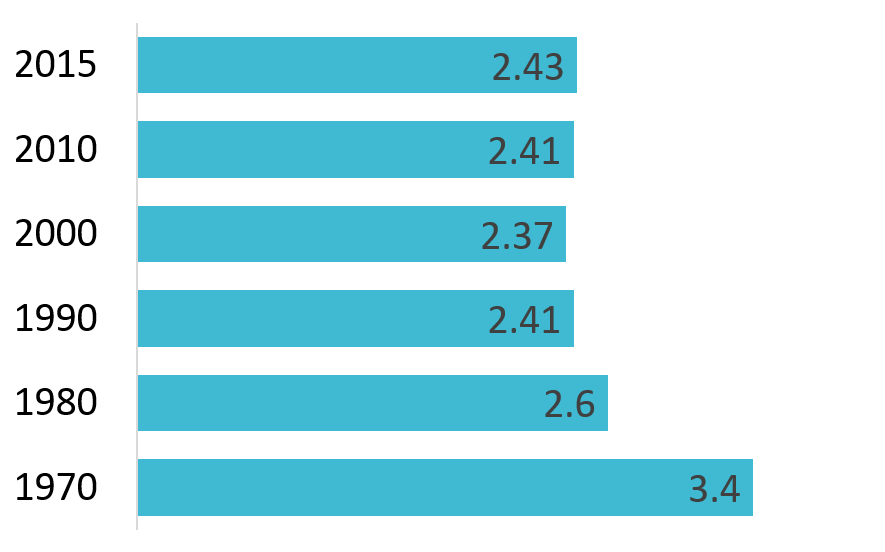 Recently, much of Bellevue’s new housing construction has been in rental units. The percentage of households renting in Bellevue has therefore increased. However as the market changes, a greater demand for ownership housing may develop, and more ownership units may be constructed. Rental units will still be in high demand, especially as Bellevue’s college age population increases with the development of the Global Innovation Exchange and expansion of Bellevue College.

As job growth occurs in Bellevue, demand for housing will increase pushing prices higher. Strategies for increasing the supply of housing at all economic levels will help Bellevue meet demand and maintain affordability for all segments of the population.

Bellevue had a higher proportion of married couples with children than the nation, state, county or city of Seattle and slightly lower percentages of single parent families in 2015.

Bellevue had a greater diversity of structure types than the nation, state and county, with over half of its housing stock being in structures with two or more units. However, compared to Seattle, Bellevue had a smaller proportion of structures with 20 or more units. It also had smaller proportions of townhomes, mobile homes and duplexes compared to the nation. 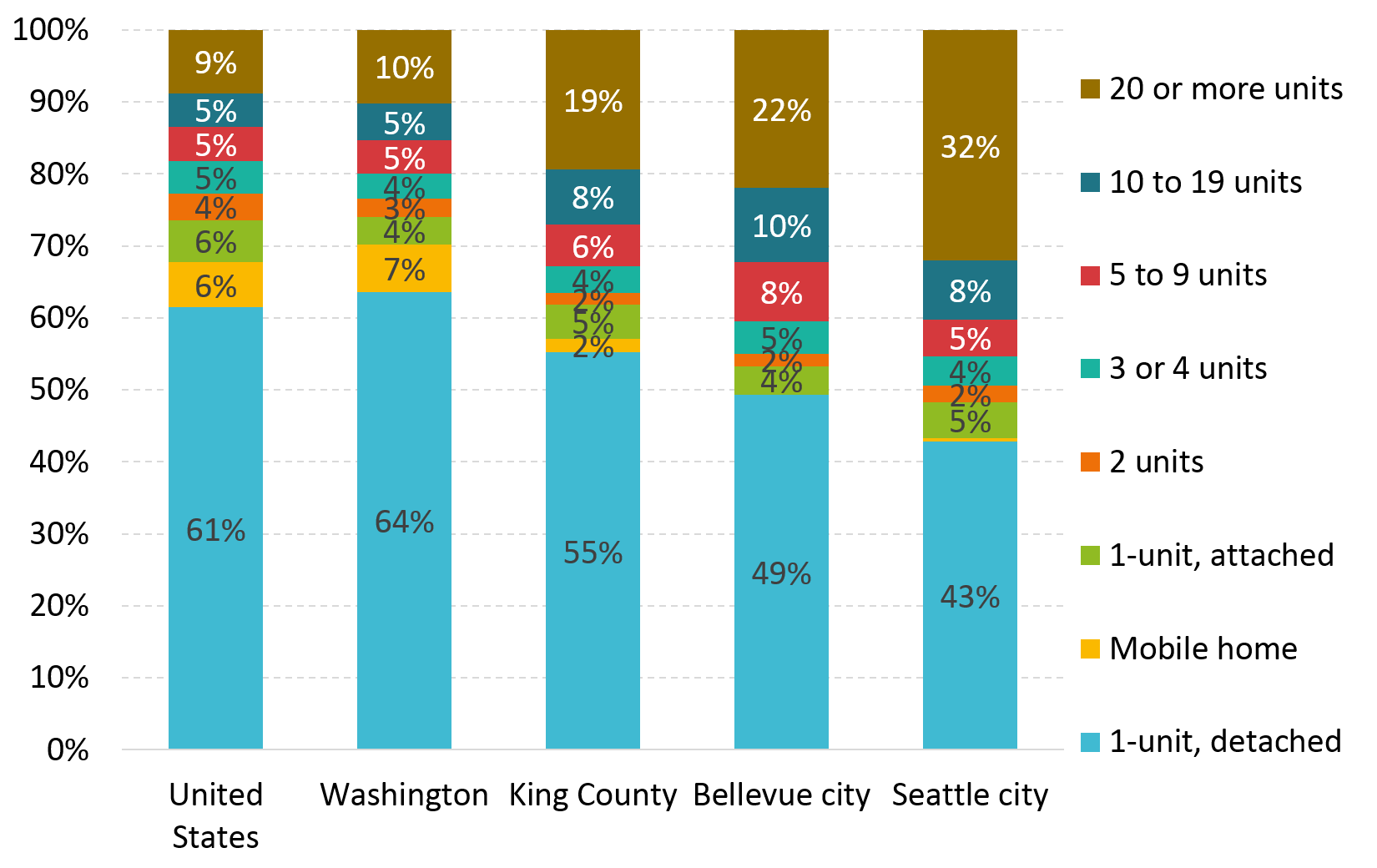 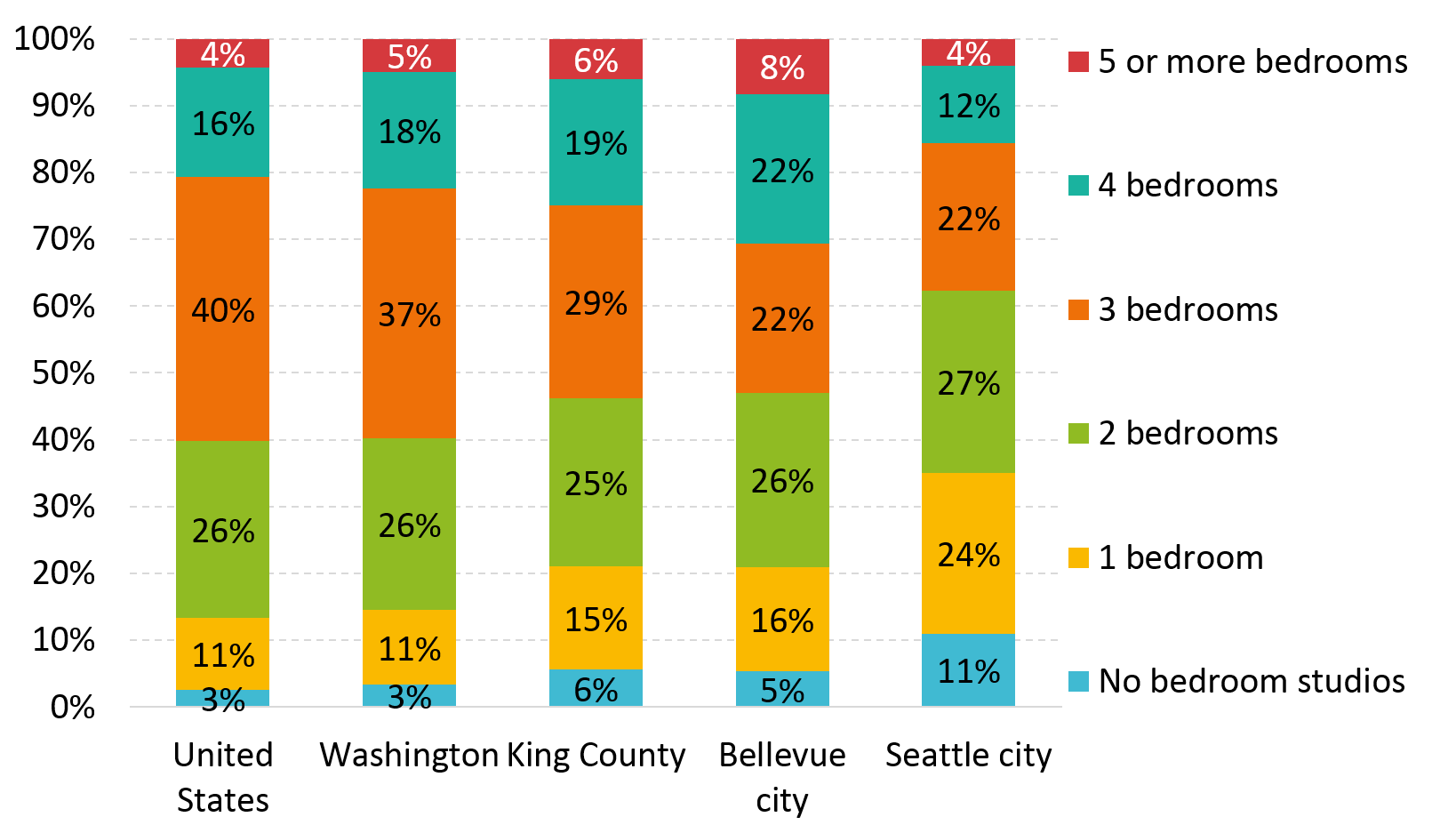 Bellevue had a lower percentage of households who owned their own home in 2015 at 53 percent compared to the nation, state, and county, which had home ownership rates of 63, 62 and 58 percent respectively. Yet, Bellevue had a higher homeowner rate than Seattle at 47 percent. 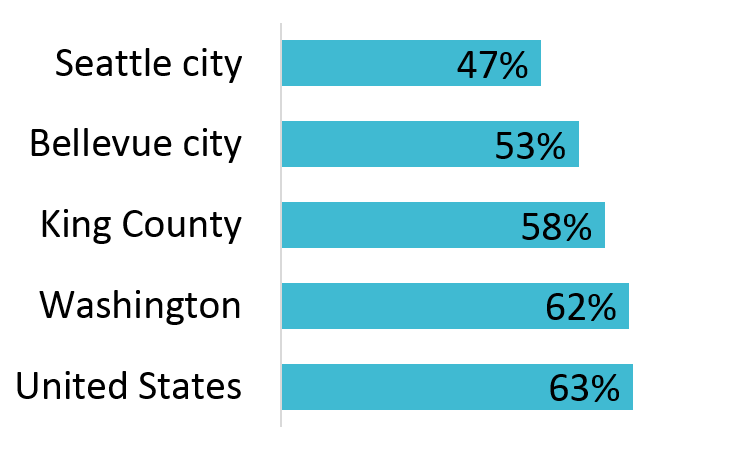 Bellevue had the smallest share of owner occupied housing with an estimated value less than $500k at 30 percent compared to 87 percent of housing in the nation, 81 percent in the state, 59 percent in the county and 46 percent in Seattle. Bellevue's median housing value was more than three times the value of the nation's median. 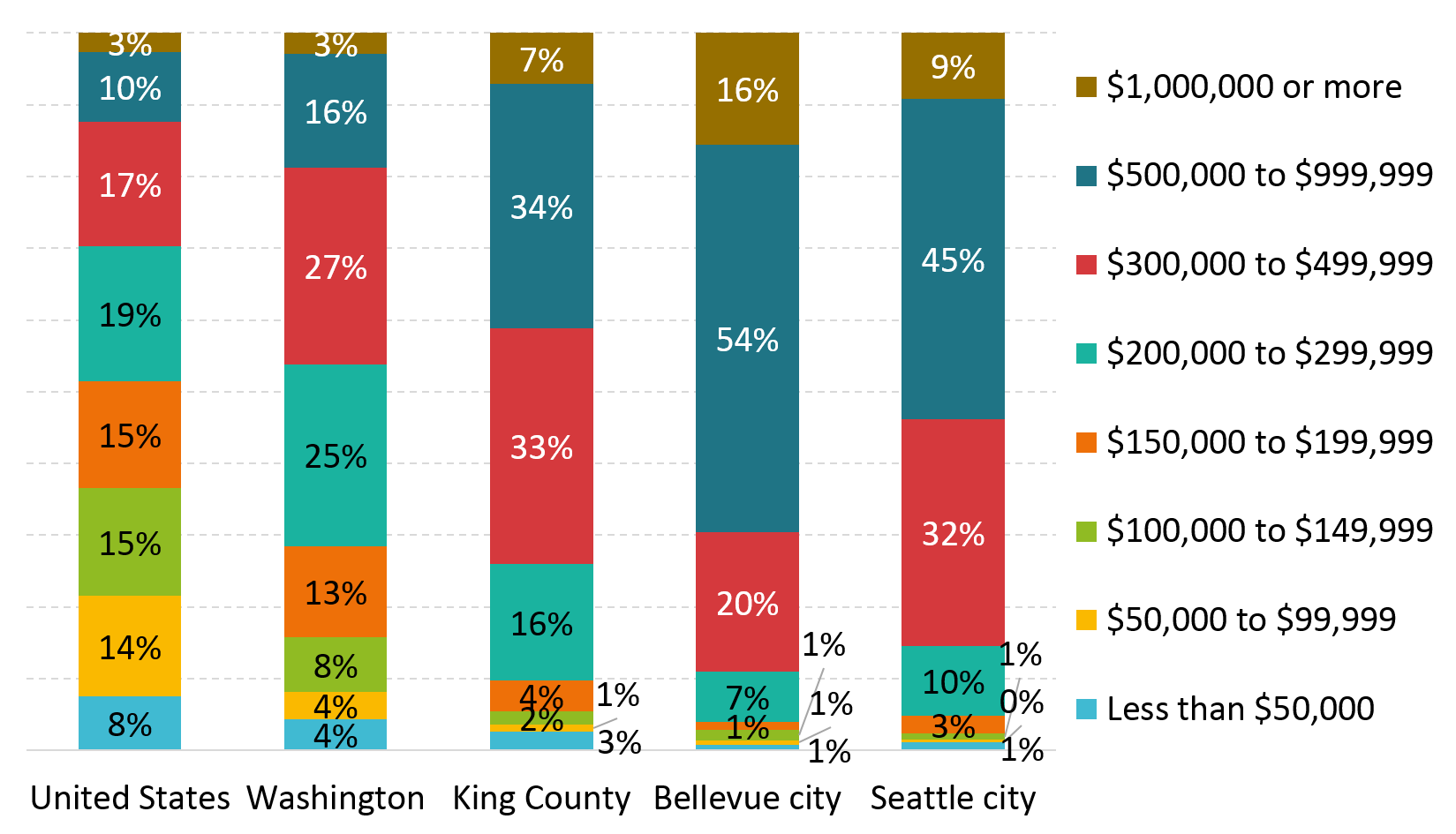 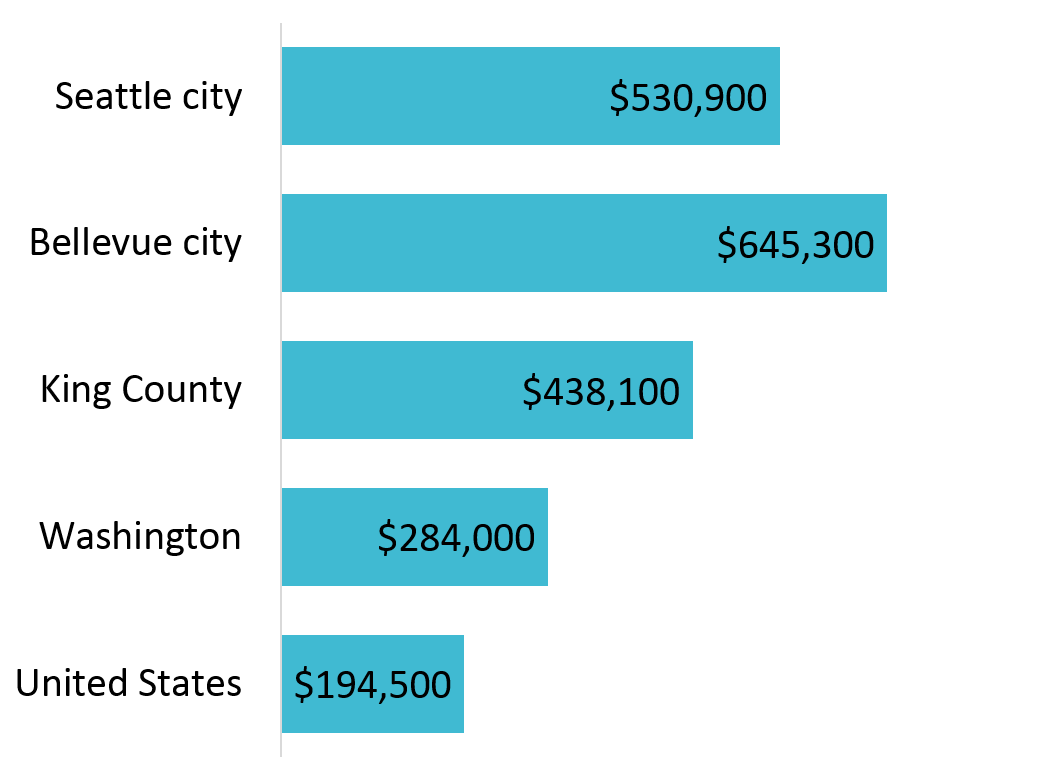 During 2011-2015, Bellevue had the highest monthly housing costs for homeowners without a mortgage, homeowners with a mortgage and renters compared to the nation, state, county and Seattle.

Monthly Housing Cost Distribution for Homeowners without a Mortgage 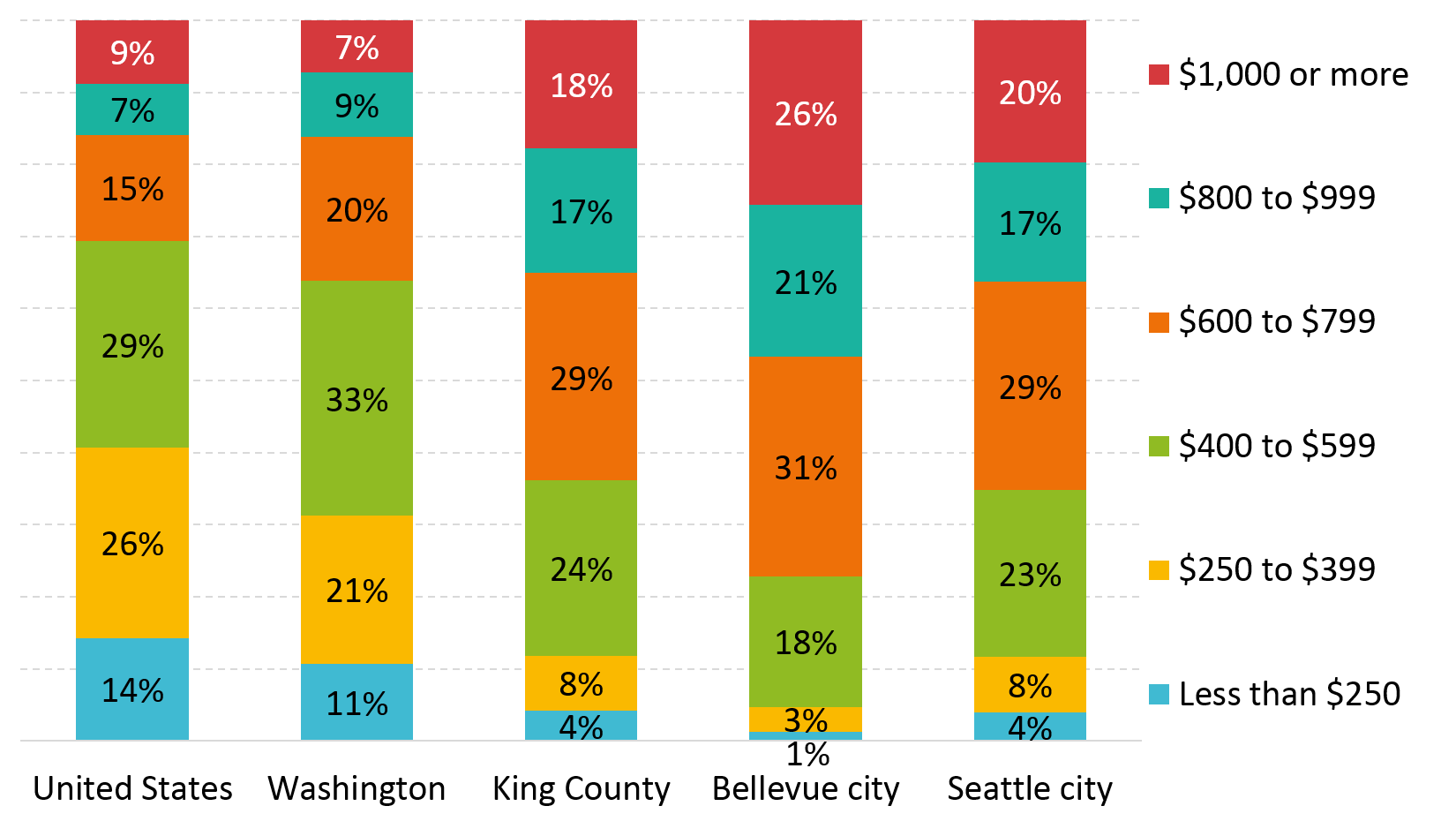 Monthly Housing Cost Distribution for Homeowners with a Mortgage 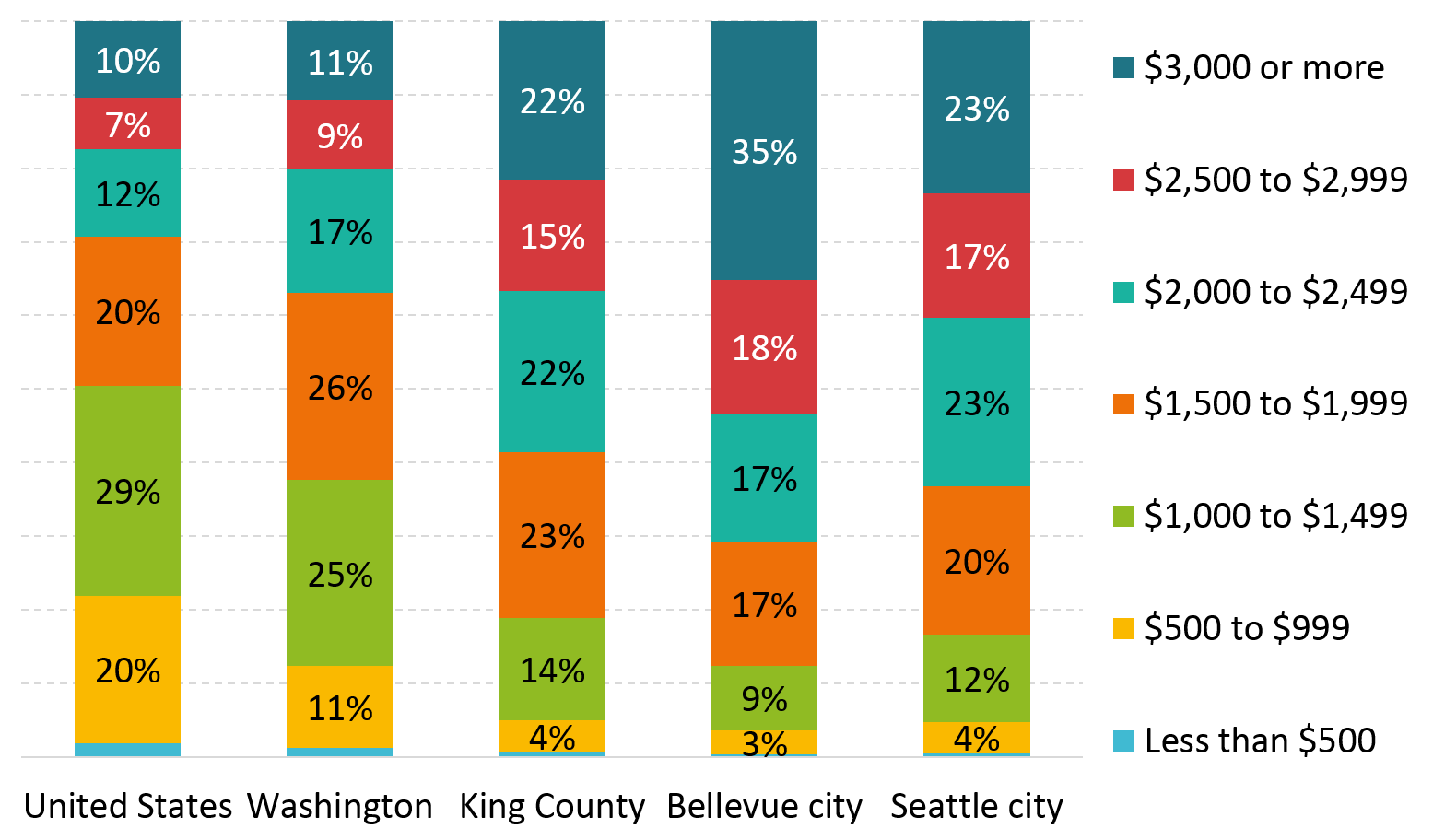 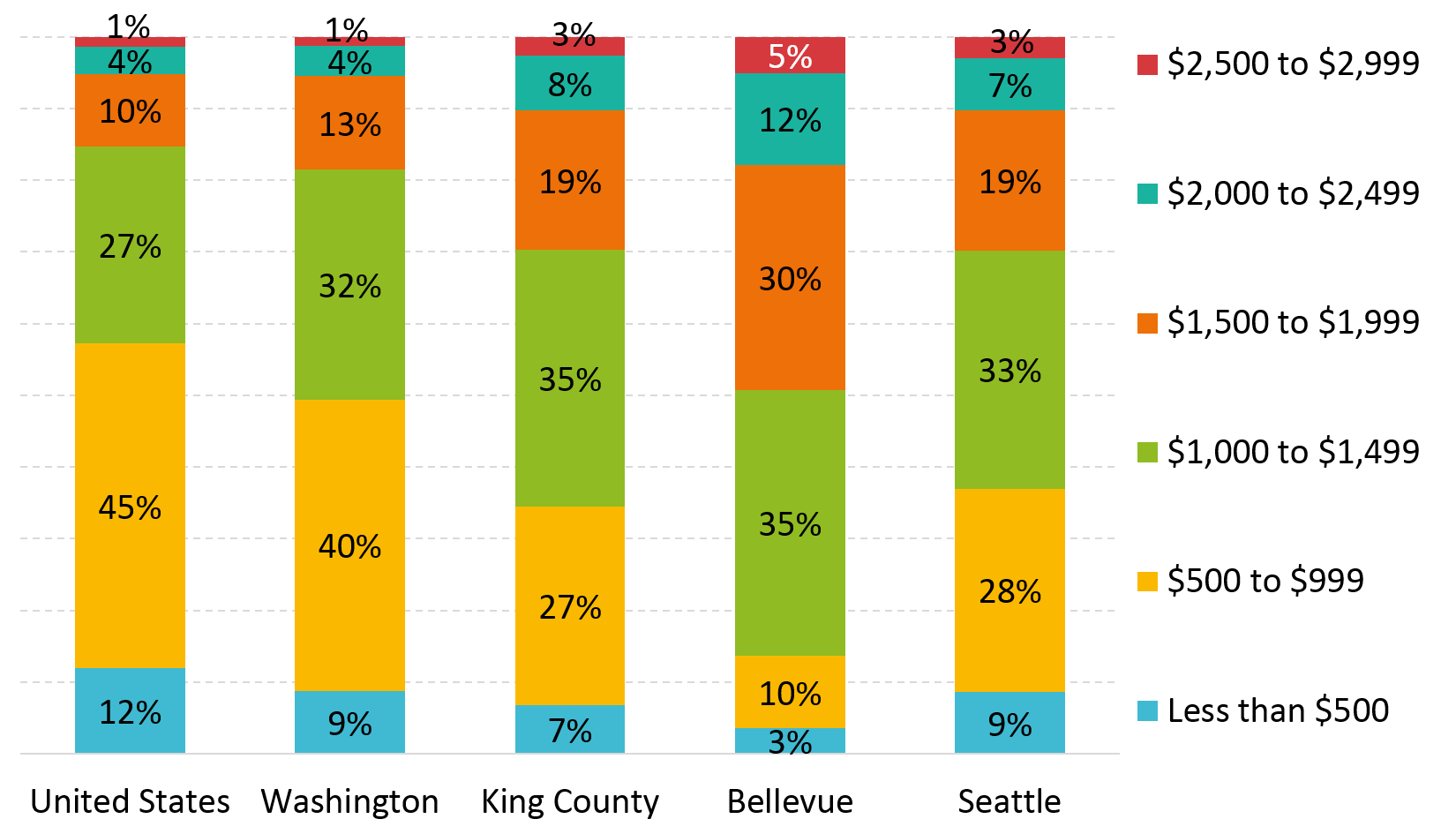 The U.S. Census Bureau also provides population and housing estimates each year along with demographic components of change by age, sex, race, and Hispanic Origin for the nation as part of their population estimates program.