In recognition of Black History Month, Bellevue presents two events to help us reflect and learn – "The Unspoken Truths" virtual history museum and a panel discussion with local Black leaders.

Hosted on this page through March 31

The city's Diversity Advantage team and Bellevue Arts Program partnered with museum creator, community scholar and second-generation storyteller Delbert Richardson to share a virtual adaptation of his national award-winning "American History Traveling Museum: The Unspoken Truths." The traveling museum is a collection of artifacts and information detailing elements of the history of racism in the U.S. and the Pacific Northwest, and sharing the experiences and innovations of the Black community.

This virtual experience gives community members the ability to engage with and explore a virtual Unspoken Truths collection in much the same way they would have done so in person. Curating dozens of select artifacts from the traveling museum, Richardson takes us through the eras of early African innovation, chattel slavery, the Jim Crow racial caste system in the United States, and shows just some examples of the inventions by Black Americans we still use every day.

The virtual museum is uniquely designed to be interactive and highly accessible, enabling visitors to discover Black history through a guided tour or on their own path through the virtual museum. Click the image below to enter the museum and explore it for yourself. 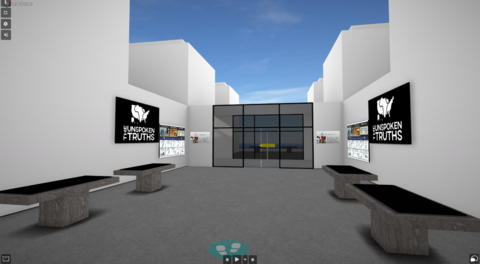 The mission of The Unspoken Truths museum is to empower all people with knowledge of unspoken historical truths that can lead to self-restoration and community healing. The content and artifacts in the exhibit are owned and provided by Richardson as the curator, and not the City of Bellevue.

A printable flyer is available with more detail to share within your community. An instructional guide provides tips on navigating the museum.

This virtual panel discussion will be streamed for the public and available via Zoom. Three leaders in the community will discuss the historical and current impacts of race in our communities with a call to action for creating a future that fosters systemic change and racial healing. The panel is a continuation of city efforts to honor the legacy of the Rev. Martin Luther King Jr., celebrate Black History Month and center the historical and current experiences of Black, Indigenous and other people of color. 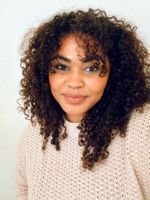 Kalika Curry is a community impact manager with Eastside Pathways and a longtime resident of Washington. Her practice is rooted in racial equity, adaptive leadership, trauma-informed practices and is influenced by the many leaders who came before her.

Kalika has dedicated her career to transforming systems and cultures of oppression, on behalf her three brilliant children, our children and the legacy of our collective ancestors.

Delbert Richardson is a community scholar, ethnomuseologist and second-generation storyteller, of the national award-winning American History Traveling Museum: The "Unspoken" Truths. With the use of authentic artifacts, storyboards, and the ancient art of "storytelling", Mr. Richardson teaches American History through an afrocentric lens.

His work is primarily geared towards K-12th grade students as well as professional development training for (primarily) white female teachers that make up over 79% of the national teaching force. Diversity, Equity & Inclusion and racial equity trainings are also a part of Mr. Richardson's portfolio. 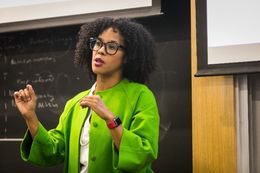 Megan Ming Francis is an associate professor in the departments of Political Science and Law, Societies, and Justice at the University of Washington. Francis specializes in the study of American politics, with broad interests in constitutional law, Black political activism, critical philanthropy, and the post-civil war South. She is the author of the award-winning book, Civil Rights and the Making of the Modern American State. She recently led her students in the development of a widely listened to podcast ‘Philanthropy and Social Movements.’

Her research and commentary have been featured on ABC, MSNBC, NPR, The New York Times, LA Times, Newsweek, the Washington Post, the Seattle Times, and she has conducted a TED talk with over two million views. Francis is a proud alumnus of Seattle Public Schools, Rice University in Houston, and Princeton University, where she received her M.A. and Ph.D. in Politics. 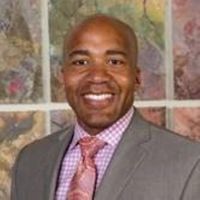 James Curtis is the principle attorney and founder of The Curtis Firm, LLC., and has received regional recognition in his field. Mr. Curtis attended the University of Washington School of Law, and when he's not advocating on behalf of his clients, gives back to the community whenever possible.

He is passionate about education, criminal justice and youth recreation. Mr. Curtis is an advocate on issues of systemic racism, criminal law, and addressing the school-to-prison pipeline through his involvement in the community. His work has earned special recognition from the City of Tacoma, Washington State Bar Association and Tacoma-Pierce County Bar Association.