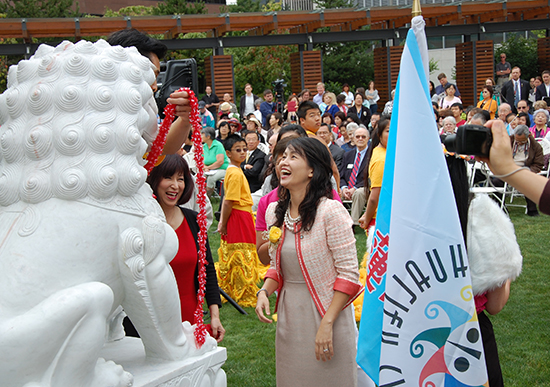 An exhibit of Yao's Kawachi cotton was held at Bellevue City Hall in 2001. In 2009 Mayor Seita Tanaka and other Yao officials visited Bellevue to celebrate 40 years of our being sister cities (video of gift presentation). In 2018, Mayor Lynne Robinson visited Yao and helped the city celebrate its 70th anniversary. In 2019, a delegation from Yao visited Bellevue to recognize of 50 years of sisterhood.