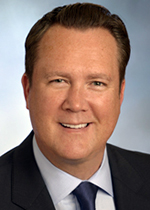 Deputy Mayor Jared Nieuwenhuis was elected to the council in November 2017, for a four-year term starting in January 2018. His focus is on neighborhoods and results-oriented local government. He was chosen deputy mayor in January 2020 and again in January 2022.

In his professional life, Jared manages marketing and communications for entertainment software publisher Kalypso Media Group. Jared is a graduate of the University of Wisconsin, pursued graduate studies at Brown University and is a graduate of both the Advance Bellevue and Bellevue Essentials community leadership programs.

Before joining the council, Jared served on the Bellevue Parks & Community Services Board. He has also served on the following other boards: Lifewire (which helps domestic violence victims), The Sophia Way (which helps women experiencing homelessness), the Bellevue Chamber of Commerce’s public affairs committee and the Lake Hills Neighborhood Association.

Jared is the son of Dutch parents and an immigrant from Canada, and has a personal understanding of the value of diversity and the important role it plays in Bellevue’s continuing efforts to be a more inclusive city. He and his wife Lori live in the Lake Hills neighborhood with a young daughter.

An avid cyclist, Jared enjoys riding through Bellevue’s neighborhoods while taking in the city’s unique characteristics, and spending time with the family at the newly-completed Downtown Park. He has lived in Bellevue since 2001.