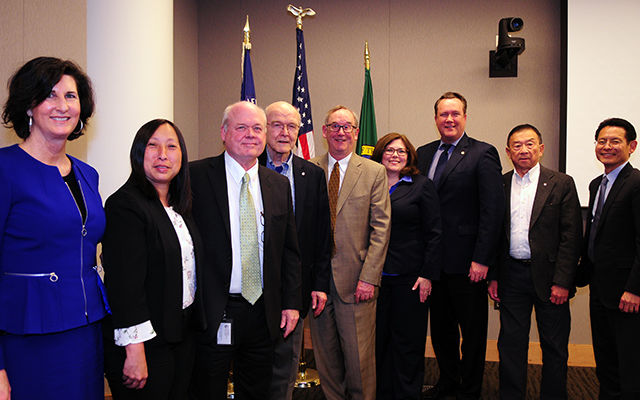 At Monday’s study session, the City Council received an update regarding an aquatic center feasibility study. The briefing included a status update on potential partnerships, future policy and financial decisions. Last spring, councilmembers agreed to spend up to $250,000 to study the feasibility, financing, scope and operations of a possible facility.

Despite the enduring popularity of swimming and other water sports, the last public pool built in the city was in 1970. The lack of aquatic facilities on the Eastside has been an ongoing discussion in the community for over a decade. Previous exploration of a new pool, siting and financing options was dropped in 2009 because of the recession.

The council acknowledged the work on the study and will review future developments at a future meeting. More details can be found in the agenda packet materials.

Later, the council continued its review of proposed comprehensive plan amendments for the East Main light rail station area. The vision for this station is a vibrant, livable and memorable transit-oriented neighborhood.

Anchored by a variety of housing choices, offices, hotel and supporting commercial services, the East Main neighborhood will comfortably span the change in character from downtown to the low-density, residential neighborhood west of 112th Avenue Southeast.

A resident advisory committee created a plan for the East Main station over a two-year period. Monday’s discussion focused on the framework to make the plan a reality. The first step is changing the city’s comprehensive plan to recognize this new development type.

Councilmembers, who studied the proposal in December and January, directed staff to return to the council this spring with an ordinance for council action.

Earlier, the council gave a warm commendation to Patrick Foran, who is retiring after 19 years leading the Parks & Community Services Department.

The councilmembers lauded Foran for his strategic vision and legacy of building a healthy community by supporting exceptional parks, recreation and human services. Specific accomplishments include: